One fifth of Canada’s Arctic Archipelago  glaciers could melt by 2100, causing a sea level rise of 3.5cm, according to new research from the EU funded ice2sea programme.

Predictions were based on a climate model in which they simulated the shrinking and growing of glaciers in this area. Researchers say the model correctly predicted the ice mass loss measured over the last ten years.

Canada’s Arctic Archipelago glaciers represent the third largest ice body in the world after Greenland and the Antarctic. If the Canadian ice caps completely melt, the global average sea level will rise by 20cm.

Professor David Vaughan from the British Antarctic Survey, who leads the ice2sea programme, said he is confident the ‘model’ is accurate.

“The Canadian archipelago is an area where climate is changing rapidly, and the glaciers here contain enough ice that we should not ignore their contribution to sea-level rise,” he said. 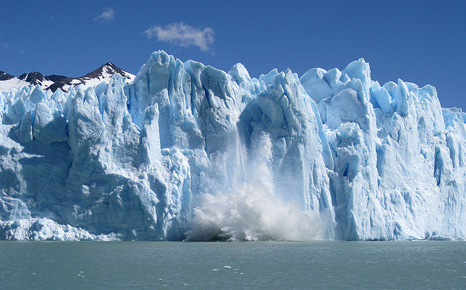 “Added to glaciers in Alaska, the Russian Arctic and Patagonia, these apparently small contributions add up to significant sea-level rise.

“A key success of this study was in showing that the model performed well in reproducing recently observed changes. That success gives us confidence in how the model predicts future changes”.

Once melted, researchers believe it is unlikely ice will return.

According to ice2sea, one of the main reasons for the irreversibility lies in the fact that snow melting on tundra, and sea ice loss from around the glaciers, actually reinforce regional warming, with significant consequences on the glaciers of Northern Canada.

The results of the research, part of the EU funded ice2sea programme, will be published in the Geophysical Research Letters journal this week.