Poland will not receive extra carbon allowances in the next phase of the EU’s Emissions Trading Scheme (ETS) after a court ruled the European Commission was within its rights to restrict allocations to members in 2011.

Poland had claimed its carbon intensive economy and reliance on coal fired electricity generation should be considered more carefully. It wanted heavy industry within its borders given a greater share of allowances than equivalents in countries with more developed economies.

The Emissions Trading Scheme (ETS) caps emissions for the entire bloc at a certain level and distributes credits that effectively amount to the right to pollute.

Poland claimed that the failure to consider it’s special economic circumstances was a breach of the EU’s equal treatment principle.

“The Court rejects Poland’s argument that the contested decision would decrease the competitiveness of companies in member states whose production is linked mainly to coal as a fuel,” it said in a statement. 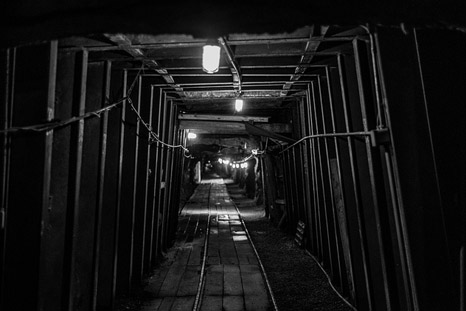 Poland hoped for its dependence on coal to be considered when emission allowances are allocated by the EU (Source: Flickr/Martin Lang)

The EU ETS allocates a quota of acceptable emissions to big emitting sectors such as electricity generators and steel makers.

A downturn in economic output during the recession has left the scheme with a glut of unused permits, driving down carbon prices.

Central European nations have been at the heart of efforts to derail planned reforms to revive the flagging market.

Hungary had backed Poland up but withdrew its support.

Poland’s Environment Minister and president of the next UN climate talks took to twitter to respond to the outcome.

1/2 Benchmark case didn’t go well in court. Only proves that what is legally sound sometimes doesn’t work in practice as intended.

2/2 Shall be better prepared for future talks on ENER-CLIM policy. Rules must be improved so certain technologies are not banned!

Poland can still appeal the decision and take the case to the European Court of Justice.

The decision was welcomed by EU climate action Commissioner Connie Hedegaard whose spokesperson described the ruling as “providing certainty” to the market.

Plans to address the surplus of allowances in the European market faltered recently after an Industry committee voted against the plans.

It has been suggested that more 900m credits, each equivalent to one ton of CO2 emissions, be held back from the next phase of the ETS.

While the Environment committee backed the proposal, it was not clear that there was sufficient support among MEPs at large to send it on to the next stage of approval.

The European Parliament is expected to vote on the issue at the plenary meeting on April 15. If approved, it will then have to gain a majority of support among member governments in the European Council.

The Council’s votes are weighted by the size of each nation.

The possibility of Germany abstaining from the vote due to a domestic dispute in its coalition government, could allow a small group of central European countries to gather enough support to block the plans.

COP18: Marcin Korolec, Minster for the Environment, Poland from Responding to Climate Change on Vimeo.