Build your own electric sports car

If you’re not happy with the range of electric cars available on the market from the big manufacturers and you don’t have the budget for a Tesla Roadster, there might be an answer.

For £13,999 and some (considerable) elbow grease you could be the proud owner of your very own electric (or hybrid) iRacer.

The Birmingham City University and Westfield Sportscars have announced a partnership to produce the electric iRacer build-it-yourself kit car, while also providing some additional low-carbon industrial experience to the next generation of engineers.

Westfield produce around 400 cars a year and will now offer those willing to take on the task, the chance to build their own electric sports car.

The iRacer kit will allow people to easily switch between full electric, hybrid and a regular combustion engine if they prefer. 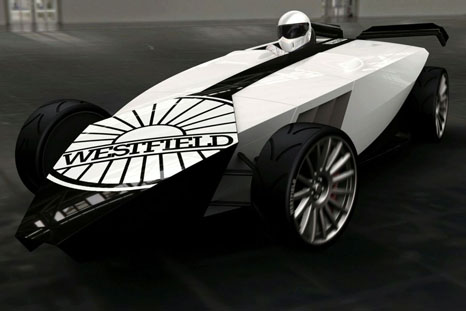 The iRacer will be the first electric racing car available in a build at home kit (Source: BCU/Westfield Sportscars)

The partnership will be used to give students real world engineering experience of electric and hybrid vehicles at a time when demand for high performance electric vehicles (EV) and those more equipped for the supermarket than Silverstone, is expected to rise.

A number of initiatives to stimulate the spread of charging points have been unveiled in efforts to end the “chicken and egg” problem of EV.

Many consumers are concerned about going electric because of fears that they won’t be able to charge it before it runs out of power, so-called “range anxiety”.

The electric version will have a top speed of 115mph and could be further developed to take its place in the FIA’s landmark Formula E racing series.

The University hopes this could include a street race in Birmingham when it begins its inaugural season in 2014.

Rome has already taken one of the two calendar slots for the European leg of the championship.

Be warned though, you’ll need more than a socket set and hammer to build it the £13,999 doesn’t include the engine or electric motor, they aren’t currently legal on UK roads, only race tracks.

Video: The iRacer prototype in action