Annual “coral bleaching” events could affect 74% of the world’s reefs by 2045, according to new research.

As ocean temperatures rise, stressed corals lose their algae, zooxanthellae, which not only provide their bright colour but are also a source of food.

In addition to losing their vibrancy as a result of a bleaching event, the loss of food can also result in the coral’s death.

The research found that greenhouse gas emissions continue on their current path 74% will be affected. 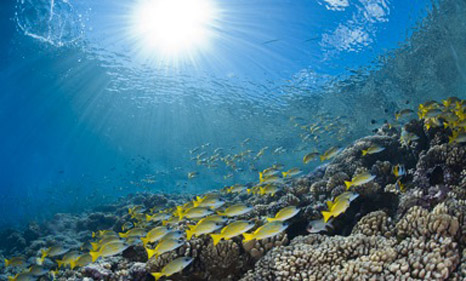 The study used model’s from the Intergovernmental Panel on Climate Change’s (IPCC) Fifth Assessment Report that will be published later this year.

“For 394 reef locations of the 1707 used in the study this amounts to at least two more decades in which some reefs might conceivably be able to improve their capacity to adapt to the projected changes,” said Maynard.

“More so than any result to date, this highlights and quantifies the potential benefits for reefs of reducing emissions in terms of reduced exposure to stressful reef temperatures,” he added.

Reefs off the coast of northwestern Australia and Papua New Guinea are under extreme pressure according to the research.

The study found a reduction in emissions could delay bleaching by two decades.