Many hope that the new institution, a first of its kind in about nine years, can reignite the country’s climate policy in a post-Kyoto reality.

The group was created in December 2012, a few days after the Doha talks had ended in a spectacular Russia-related showdown.

Led by Russia’s climate chief and presidential advisor, Dr Alexander Bedritsky, it is formally under the umbrella of the President’s administration and, in a way, picks up the work done by a similar commission which was dissolved in 2004.

WWF Russia’s Alexey Kokorin notes that between 2004 and 2013, there was no official forum to tackle climate matters, and some ministries and institutions “completely fell out of the policy process”. The new group is expected to turn this mess around. 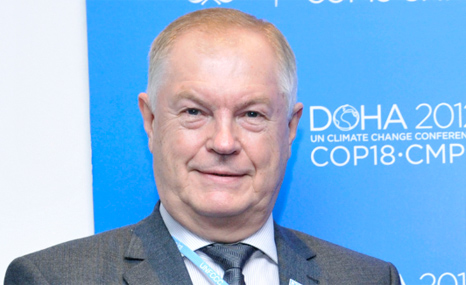 The ‘climate team’ clearly has a very long to do list, and on top of it stands the long-suffering national 2020 emissions reduction goal.

The first version of that presidential decree was drafted more than six months ago, but it still hasn’t been adopted. And after a roller coaster of changes in the goal – from 20 to 25 to 15-25% – the decree just got sent back to the Ministry of Natural Resources.

“The decree is in the works, right now it is being redrafted… I hope this process will now speed up, considering our meeting,” Bedritsky told RIA Novosti.

He said the group explicitly supported a single 25% target for the economy, excluding land use and forestry, but failed to give a new timeline for the decree that was supposed to be signed in 2012.

Delays in setting a firm national target are apparently stifling the development of carbon market mechanisms.

As RTCC reported in January, Russia’s Ministry of Economic Development (MED) is expected to present its recommendations on this issue by the end of March.

The Thursday meeting gave an idea of what that could look like: the plan for now seems to utilize the Joint Implementation project pipeline and infrastructure that everyone considers very valuable.

In essence, MED suggests ‘dancing with oneself’ – an internal JI-type mechanism where the government would subsidise emission reduction projects, possibly by buying out carbon units.

Bedritsky insisted that whatever mechanism was created, it could only be applied to new post-2012 projects.

The money for those subsidies can be found in the State Energy Efficiency and Energy Saving Program, a massive spending plan worth about 70 billion roubles ($2.3 bln) up to 2020.

Specific sectors and regions to start the pilot phases in are likely to be chosen by the government, he said.

Carbon tax ‘on the table’

It is worth noting that when specifically asked about the possibility of a non-market-based approach, ie a carbon tax much like those debated in the US and announced by China, Bedritsky said that at this moment, a tax-based incentive is considered inefficient but remains on the table for future policy options.

After the group deals with a massive backlog of things stuck in the policy pipeline, it will have to prove its worth by actually coming up with something new.

One good example might be a plan of implementation for the new decree that would integrate and reshuffle a multitude of not-so-efficient policy measures ranging from energy efficient lighting to gas flaring reduction.

Bedritsky says this plan should be a separate document prepared and adopted after the target itself.

As most things in Russia do, the meeting had its deliciously funny moments.

For instance, sources say that the environment ministry, notorious for its foot-dragging and general uselessness in the climate policy process, expressed serious concerns over lack of coordination, specifically during pre-Doha consultations.

Apparently, the ministry was deeply unhappy with the schizophrenic and self-contradictory guidelines for the Russian delegation it had helped prepare.

Overall, the mood seems to be quite positive, with experts mentioning a ‘constructive setting’ and determination to resolve any issues as quickly as possible.

It remains to be seen, however, whether the group, very tentatively scheduled to meet again in April, will manage to make an impact and actually revitalize Russia’s internal climate policy – which many feared might have died with the hopes of a Kyoto second commitment period.