Nigeria could save US$1.4 billion a year and avoid using 17.3 million barrels of crude oil if it used modern off-grid lighting solutions.

That’s one finding of a new UN study into lighting in Africa, a continent that relies heavily on kerosene, candles and batteries to light homes.

In West Africa alone, 76% of the population lacks access to electricity and spends up to 20% of the household budget on kerosene for lighting.

Not only do these practices release huge levels of carbon emissions, they also contribute to lung complaints and are huge polluters across the continent.

The research forms part of an initiative from the UN Environment Programme (UNEP) to accelerate the deployment of energy efficient light bulbs and LEDs and small scale solar panels in 50 developing countries.

“From cuts in global carbon emissions, health risks from indoor air pollution, support for green technologies and the generation of green jobs.” 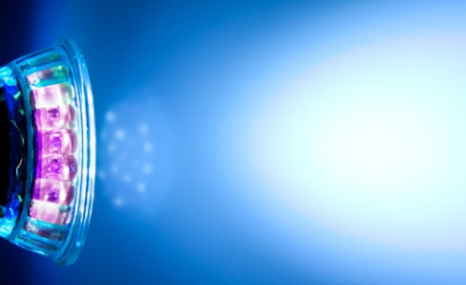 UNEP estimated 5% of global energy consumption could be saved if efficient lighting is installed around the world (PIC: UNEP)

Globally, UNEP says over 1.3 billion people live without access to electric light, while 25 billion litres of kerosene are used annually to fuel the world’s kerosene lamps, costing US$23 billion each year.

The agency says this has an even higher price tag if government subsidies are taken into account.

According to a UNEP assessment released last June, 5% of global electricity consumption could be saved every year through a transition to efficient lighting, resulting in annual worldwide savings of over US$110 billion.

The yearly savings in electricity of the phase-out would be equivalent to closing over 250 large coal-fired power plants, or the emissions of more than 122 million mid-size cars.

Off grid power generation is an issue that is being taken increasingly seriously across Africa – where consumers spend between US$12-17 billion a year on fuel-based lighting.

Small and remote communities often do not have access to national electricity grids, which can also be unreliable and susceptible to blackouts.

“Thousands of women are dying every year because of the use of firewood and kerosene, and the smoke and hardship they go through,” she said.

Her colleague Ladi Ahmed Auwal explained that the use of candles often leads to house fires, while floods and extreme weather conditions can lead to state electricity supplies blacking out.

“We are selling thousands of solar lanterns – people go for it,” she said. “You don’t need batteries; you just put it out into the sun and it lasts throughout the night. It’s safe.”

A Nigeria country assessment provided by en.lighten suggests a transition from kerosene and candles to solar would save households US$66.1 a year, and potentially prevent the emission of 6.4 million tonnes of C02.

Solar lamps cost between US$18-35, and are popular with towns and villages tired of waiting for governments to deliver dependable electricity supplies.

They are significantly more expensive than kerosene lamps, which cost US$5.80, although they have no running costs. A litre of kerosene costs between US$ 0.47-0.63. Households typically use 9.5 litres a month,.

Eliminating the need for flashlights powered by disposable batteries would also reduce waste disposal in landfill and related environmental damage.

In 2010 UN Secretary-General Ban Ki Moon launched the Sustainable Energy for All initiative, with a goal of achieving universal access to modern energy services by 2030.