Barack Obama received his clearest message yet over the anger at the proposed Keystone XL pipeline on Sunday when over 30,000 protestors gathered in Washington.

Oraganisers say it was the biggest climate rally in US history, despite cold and windy conditions in the capital.

In a sign that both sides are digging in, on Saturday a bipartisan group of Senators called on the President to approve the $5.3 billion pipeline, which supporters say will create 20,000 jobs.

Critics argue that its construction will inevitably lead to an increase in production at the Alberta Tar Sands.

Obama’s former green jobs advisor Van Jones says it would “give the game away” on climate and test the administration’s credibility on this issue.

Below we’ve pulled together some of the top photos on twitter from the day’s protests. 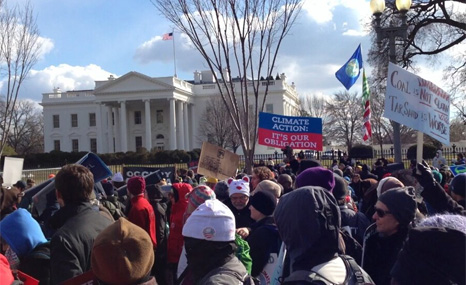 The White House is expected to make a decision on the pipeline in the next few months (Pic: @Anon_Savage) 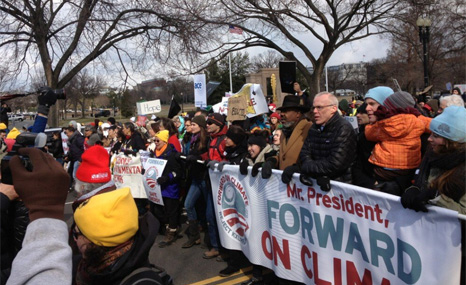 Leading climate campaigner Bill McKibben says Keystone will be the most ‘fateful decision’ Obama will ever make (Pic: Peter Louwe) 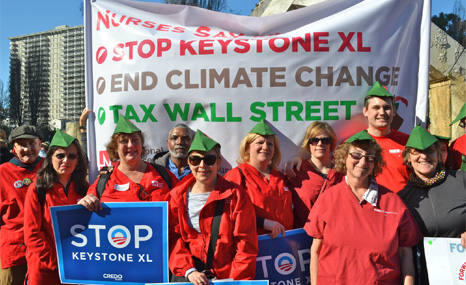 Protestors converged on Washington from 30 states across the USA – pictured is a delegation of nurses (Pic: Charles Idelson) 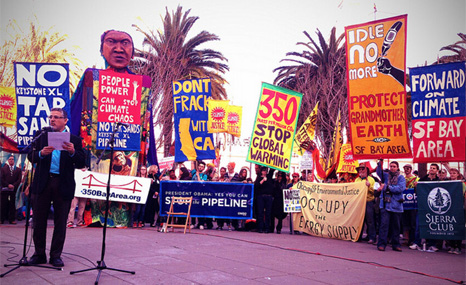 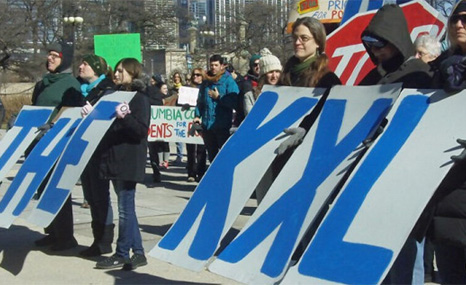 The pipeline would carry 700,000 barrels a day of Canadian crude oil through the USA on a daily basis (Pic: @1Lolamarina) 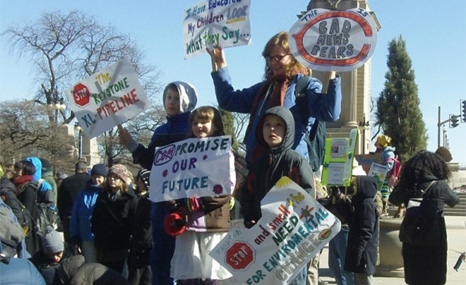 Keystone is technically a State Department decision, but a final call will have to come from Obama. Experts say there is ‘no easy compromise’ 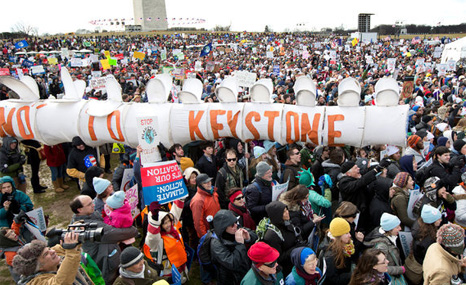 The Canadian government is applying discreet pressure on the White House to approve the project – arguing it will affect their relationship (Pic: Tar Sands News)