The global energy system will need to become carbon negative if climate targets are to be met, according to research from Stanford University.

The University’s Global Climate and Energy Project (GCEP) found that merely reducing emissions may not be enough for the US to hit its 17% reduction in greenhouse gases by 2020 or to avert dangerous levels of climate change globally.

“To achieve the targeted cuts, we would need a scenario where, by the middle of the century, the global economy is transitioning from net positive to net negative CO2 emissions,” said Chris Field, professor of biology and environmental Earth system science at Stanford.

Carbon negative processes extract more CO2 from the atmosphere than they emit resulting in an overall reduction of greenhouse gases in the atmosphere. 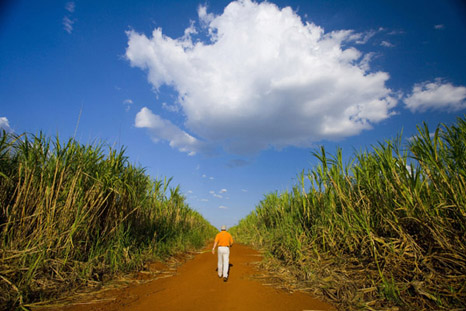 While there are questions about biofuels’ ability to reduce carbon, combining carbon capture technology and biomass electricity generation could be a winner (Source: BP)

BECCS converts wood, grasses and other non-edible vegetation into electricity, fertilisers and other fuels. While the plants are growing they remove CO2 from the atmosphere which can be captured as part of the process and pumped into long term storage, typically deep inside rock formations.

BECCS could sequester 10 billion tonnes of industrial CO2 from the atmosphere every year.

Burning a mixture of biomass and coal with CCS attached could result in a net negative power plant. Around 60% of CO2 emissions are from power stations.

A trial at the Archer Daniel Midlands Company biofuel facility is currently removing 1 million tonnes of CO2 from the atmosphere annually by pumping CO2 from the production of corn-based ethanol into rocks 7000 feet below.

In nature the carbon would be released back into the atmosphere as the plant decayed.

Biochar presents another opportunity at creating a net-negative process.

Similar to charcoal, the process involves slowly burning scrap wood and waste materials from agriculture to produce a carbon rich by-product that can be used as a fertiliser.

The CO2 removed from the atmosphere during the plant’s growth is then “locked in” to the soil. The GCEP report acknowledges that it is not known how long the carbon then remains within the soil.

Other net negative technologies in development include fertilising the ocean to stimulate the growth of plankton and machines to remove CO2 directly from the atmosphere.