Policymakers must accept the consensus of economists on climate change and put a price on carbon, a former White House economist and US climate negotiator has told RTCC.

Adele Morris, from the Brookings Institution, said that a difficult conversation must be had about how to tackle emission reductions.

“The economics are very hard. It’s easier to agree to 2°C [limit on warming] but what does that mean? It doesn’t mean anything until you have that very hard economic conversation about what it is going to take to achieve it,” she said.

“The 2°C target is almost entirely divorced from the economic discussion about what it would take to reach that level of GHG concentrations.”

Morris says the structure of the UN talks, which she previously took part in as the lead forestry negotiator for the US, are part of the problem. 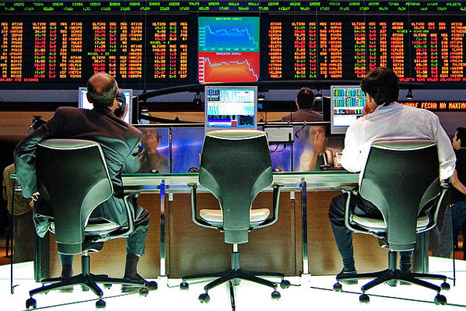 Morris says talk must turn to the economic solutions that will deliver on other objective like the target to limit warming to 2°C (Source: Rafael Matsunaga)

“We’re at this stalemate at the UNFCCC where poor countries are understandably calling for assistance they’re not getting. That sucks up a lot of energy at the negotiations and then we don’t get anywhere about reducing emissions because everyone is so torqued up about who is going to compensate who for what.”

A carbon price puts a flat rate levy on carbon emissions providing a stable and consistent cost. In cap and trade systems the price of carbon varies with the market and an upper limit is placed on emissions.

A paper co-authored by Morris and published this month suggests establishing a dialogue in tandem with the UNFCCC process to discuss a carbon price directly.

“Environment ministers talk about the environment, energy minsters talk about energy. No one who talks about economics is at these conferences. When I was a negotiator at the COP6 meeting in 2000, there were almost no counterparts from other treasuries,” claims Morris.

“We need a much more honest and direct discussion about the economics of the issues and until we do that we are not serious about solving the problem.”

More economics in the IPCC

Just as scientists have achieved near full agreement on climate change, Morris says her profession must be more vocal about the conclusions of the research, which she claim point in the direction of a carbon price.

“It’s my profession’s job to make it clear what our research says and to sell it and be vocal about it and to not be shy about promoting what might seem politically untenable policies when they make economic sense,” said Morris.

“We can’t just sit around watching people throwing money down a rat hole subsidising technologies that won’t be cost effective until there’s a price on carbon,” she added.

“I think the world community now overwhelmingly recognises the consensus of scientists on this issue but what has struck me is that there is an equally impressive consensus in my profession about what to do about the problem.

“Groups such as mine that rigorously study the connection between economic activity and emissions are struck by how alienated the policy conversation has been with the actual economic literature,” said Morris, adding that it could be productive for the Intergovernmental Panel on Climate Change (IPCC) to have more involvement with expert economists working on carbon cutting policies.

Morris’ paper suggests establishing a consultation on carbon pricing to pool expertise between interested parties. While the UNFCCC is one potential platform for this, she says it wouldn’t supplant any of the existing work at the UN talks.

“The beauty of this conversation is that it would require a coalition of the willing,” she said.

“Countries that are interested in carbon pricing can come together and talk about the unsexy business of how do we do this, how do we really solve this problem. If you don’t want to do carbon pricing, you don’t have to show up”.

Two US senators proposed a carbon price of $20 in the US yesterday, a move broadly welcomed by Morris.

She added she did not see a nationwide cap and trade scheme finding agreement in Washington.