Details of a bill to propose a carbon tax for the US have been revealed in Washington as climate change continues a high visibility week on Capitol Hill.

The proposals include a $20 price per tonne of CO2, or methane equivalent emitted. The price would increase 5.6% a year for ten years.

60% of the revenues would be returned to households in the form of a rebate. This would be used to offset any attempts by companies subject to the tax to pass the costs onto consumers.

Some would be used to improve home energy efficiency in 1m homes a year to fulfill President Obama’s commitment in the State of the Union.

The ARPA-E research program for clean energy will have its budget tripled and a further $300bn would be used over ten years to cut the deficit. 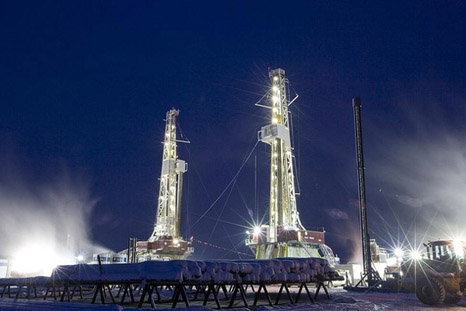 60% of the revenues from the proposed tax would be used to offset attempts to pass the fee onto consumers (Source: Flickr/Nexen)

“What we’re dealing with is not political. It’s not about Democrats or Republicans and the political squabbling we see here every day. It’s about physics,” said the independent Senator Bernie Sanders, who wrote the bill.

“Congress is currently way behind the American public on this issue and we’ll win this fight when millions of people stand up and demand action,” he added.

While a welcome break from US inaction, the bill is far from perfect.

Speaking before full details of the bill had been released, Adele Morris, an economist with the Brookings Institution and a former US climate negotiator told RTCC that buffering consumers from the carbon tax was “dumb”.

“The purpose of a price on carbon is to put incentives throughout the economy to reduce emissions and effects on retail prices are part and parcel of that. It would make no sense to have a tax on carbon that you somehow legislate to not have an effect on consumers. That’s just dumb,” she said.

While not perfect, a carbon tax is likely to prove more popular than any cap and trade system. The last attempt to establish US-wide carbon trading was emphatically shot down in 2010.