The UN climate change agency has signed a deal with a regional African development bank to boost the number of low carbon projects carried out in the region.

The East African Development Bank (EADB) in Kampala, Uganda will act as a local hub to aid participation in the Clean Development Mechanism (CDM), the UN’s flagship programme for carbon offsetting projects in the developing world.

It is the second such agreement to be signed in a matter of months following a similar deal with in collaboration with the Banque Ouest Africaine de Développement (BOAD) in Lomé, Togo. 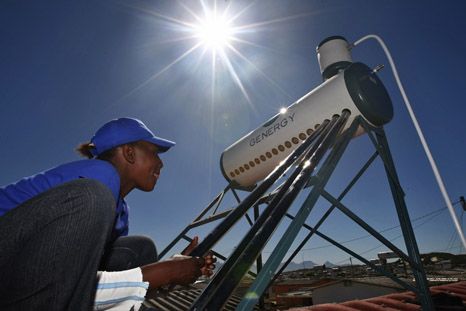 “Our goal is to build capacity, reduce the risk for investors in such projects and help make the continent an increasingly attractive destination for CDM projects.”

The CDM allows industrialised nations to offset their emissions by funding projects to cut carbon in the developing world, where greater gains can be made at a lower cost.

Despite its weaknesses, the mechanism has offset one billion tonnes of carbon through more than 6000 projects, from installing solar water heating to funding industrial scale biogas schemes.

China and India have benefitted the most from the scheme with two thirds of all projects coming from those two countries.

While it is natural that CDM investment will occur where the greatest emission reduction opportunities are, Africa has under-performed with just 3.7% of 2012’s offsets from the CDM coming from African projects.