EU Climate Commissioner Connie Hedegaard has hailed the €960bn EU 2014-2020 budget as ‘important’ for the fight against climate change.

The agreement means the EU’s decision to commit 20% of the entire budget to climate-related spending remains, however other related funding has been cut.

Specifically international aid received a disproportionately large cut while investment in connecting Europe’s energy infrastructure, a move that would allow better pooling of renewable resources, was cut from €12bn to €5bn.

You can read Hedegaard’s full statement below. 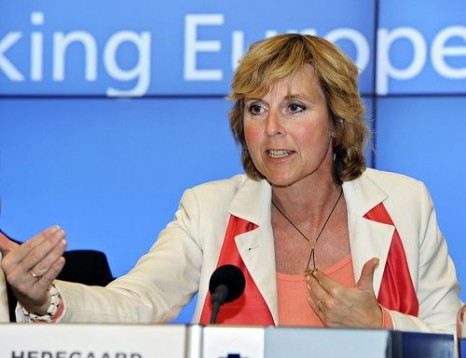 Today is an incredibly important day for Europe and for the fight against climate change.

European Heads of State and Government have taken up the Commission’s suggestion to commit at least 20% of the entire EU budget from 2014-2020 to climate-related spending.

This is a major step forward for our efforts to handle the climate crisis. Rather than being parked in a corner of the EU budget, climate action will now be integrated into all main spending areas – cohesion, innovation, infrastructure, agriculture etc.

And it underscores yet again the European leadership in the fight against this crucial challenge. If all other major economies were to make similar commitments, it would have a very significant impact.

It is now up to all involved parties – including the European Parliament – to ensure that the overall ambition is duly reflected with clear targets and transparent measuring methods in all the relevant policies and programmes, not least the Common Agricultural Policy.

But the steer from Europe’s political leaders is unequivocal: they want to remain in front in the transition to a low carbon economy.

And they are fully committed to align our common spending with this political priority. This is good news from Europe!