Speaking at the Delhi Sustainable Development Summit Dr Manmohan Singh said there could be “no progress” on avoiding the 2C target without further ambition from richer countries.

“Our country is committed to meeting its domestic mitigation goal of reducing the emissions intensity of our GDP by 20-25 percent by year 2020 compared with 2005 levels,” he said.

“We have already taken several major steps on the path of low carbon growth. Now is the time for the richer industrialized countries to show that they too are willing to move decisively along this path.” 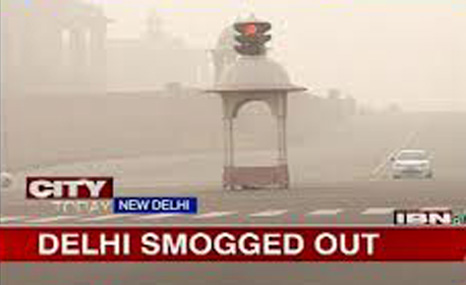 Singh added that any global climate deal agreed at the UN talks should recognise India’s status as a developing country.

“They should form the bedrock of future arrangements post-2020 and we should ensure that the development aspirations and poverty reduction efforts of the developing countries are not constrained,” he said.

“The adoption of a second commitment period till 2020 under the Kyoto Protocol for emissions reductions by the industrialized world is also a welcome development. But, real progress cannot be achieved if developed countries are not willing to enhance their ambition levels.”

India is the world’s third largest emitter of greenhouse gases – behind China and the USA – and the vast majority of long term projections see the country’s emission levels rising steadily in the coming decades.

The government says it is addressing the issue with its 2008  National Action Plan on Climate Change, but a rising middle class and the need to provide power to the 44% of the population who have no access to electricity indicate the scale of the challenge.

Rising levels of coal consumption are a particular concern, with 455 power plants in the pipeline.

An IEA update last year predicts that India will be the largest seaborne coal importer by 2017 and the second-largest coal consumer, overtaking the USA.

While the government shows little sign of ditching fossil fuels, public pressure could in time encourage it to adopt a new strategy.

Pollution levels from fossil fuels are soaring in all of India’s cities. In the last week Delhi has again been hit by a dense smog, leading to cancelled flights and a fatal crash involving 20 cars.

A study released at the World Economic Forum in Davos reported the country has the worst air quality on the planet. Levels of particulates called PM 2.5 are nearly five times the level where they become unsafe for humans.

The report warns: “They burrow deep into the vulnerable tissues of the lung, where whatever radioactive particles or heavy metals they brought with them can wreck havoc on easily damaged soft tissue.”

Currently renewables such as wind, geothermal, solar, and hydroelectricity represent a 2% share of the Indian fuel mix. The government is exploring further hydropower options in the Himalaya.