Developing a carbon neutral energy system in the Nordic region by 2050 would cost less than 1% of cumulative GNP, a new analysis has revealed.

Denmark, Finland, Iceland, Norway and Sweden have ambitions to cut emissions 85% by the middle of the century, but so far have lacked a clear strategy.

Backed by the Nordic Council of Ministers and International Energy Agency (IEA), the study reveals wind generation needs to be increased from 3% to 25% in 2050, electric vehicles sales must make up 30% of total sales by 2030, while average energy use must drop by 35%.

Biofuels would be used to power half of all freight transport, while Carbon Capture and Storage (CCS) technology must be fitted to 50% of cement plants and 30% of steel and chemical factories. 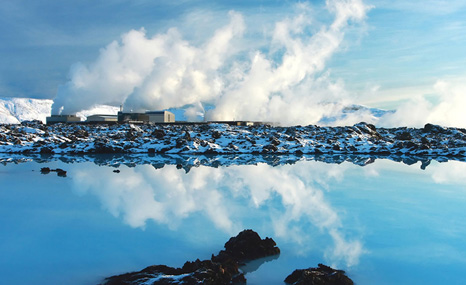 Iceland’s electricity generation is virtually carbon neutral, with geothermal and hydro combining to provide 99% of power

Benjamin Donald Smith, Senior Adviser at Nordic Energy Research told RTCC the recommendations were realistic and that despite the potential costs involved, all five countries were committed to working on its findings.

“The cost of the infrastructure investment needed is equal to 0.7% of cumulative GNP of the period – which of course is a lot of money – but weighed against the gravity of the climate issue and importance of energy and climate on the political agenda in the region, it begins to seem manageable,” he said.

“The region starts off in a good position, in that you have legacy renewables in terms of hydro, newer expansions in wind in Denmark and Sweden, and significant biomass utilisation – the region’s largest renewable energy source,” he said.

“We can see the five countries have a chance to achieve neutrality and that the different governments have visions of that happening, to differing degrees.

“There is great cooperation on many levels, but there isn’t one accepted analysis that ties all these national visions together and says – ok – this is how the system could be transformed so that these countries achieve their targets.”

Critically, there is no suggestion that the Nordic states can operate as an energy neutral island independent of the outside world.

The analysis is based in a scenario where significant action is taken in reducing global emissions, and also depends on the EU developing a more efficient smart grid.

Another potential flaw is that it relies on the availability of cost effective CCS technology to reduce emissions in heavy industry.

And there is also no suggestion that Norway’s lucrative oil and gas industry will close. Exports will continue, whatever the country’s domestic plans.

“A lot also depends on what happens outside, whether or not there is a climate agreement, the price of carbon or oil and technology breakthroughs,” said Smith.

“The Nordic carbon-neutral scenario is set in a world with significant global action, limiting average mean temperature increase to 2C. Even within the region this will depend on how the different countries decide to deal with offsets.

“But if we look at the essence of these commitments and the ongoing national debates around them, it is assumed that they will not simply buy themselves out of this.” 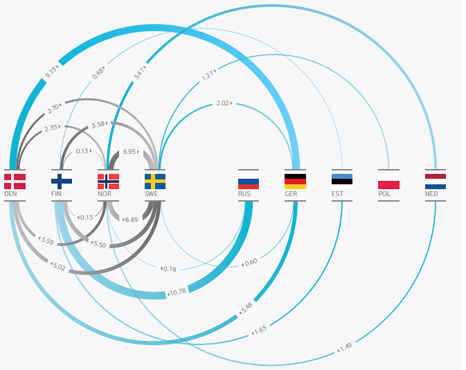