Oil and gas multinationals could lose up to 60% of their market value if the world cuts its carbon emissions to limit climate change, according to the world’s second-largest bank.

This is the first time the financial sector has been warned by one of its own that shares could plummet if the necessary action is taken to prevent disaster.

The study, Oil and Carbon revisited: Value at risk from ‘unburnable’ reserves, is published by HSBC Global Research.

The International Energy Agency (IEA) said in its 2012  World Energy Outlook that in order to have a 50% chance of limiting the rise in global temperatures to 2°C, only a third of current fossil fuel reserves can be burned before 2050.

Staying within the 2°C limit would mean keeping carbon dioxide concentrations in the atmosphere to 450 parts per million (ppm). They are already at 390 ppm, and are increasing by about 2 ppm a year. 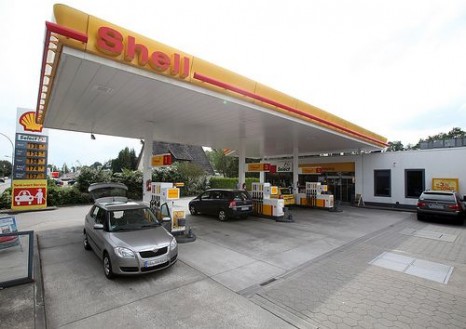 2% of Shell’s reserves are at risk – but Norwegian company Statoil would be hardest hit, with 17% of its reserves unburnable

To stop them crossing the 450 ppm boundary, scientists say the world can emit only around 1,440 gigatonnes (Gt) of carbon between now and mid-century. It has already emitted 400 Gt, leaving only around 1,000 Gt in the budget – one-third of current proven oil and gas  reserves.

The 2°C target has been the goal of many policymakers for years, although there is a growing scientific consensus that it is already out of reach.

The World Bank has said that the Earth may warm by as much as 4°C, and some predictions suggest that even a 6°C rise is possible – a prospect whose impacts would be devastating.

“We haven’t forgotten climate change, but we have forgotten that we have to do something about it”

The HSBC study says the economic impact on parts of the hydrocarbon industry of exploiting only a third of fossil fuel reserves would also be devastating.

The Norwegian company Statoil would be hardest hit, with 17% of its reserves unburnable.  The study says about 6% of BP’s reserves are at risk, 5% of Total’s and 2% of Shell’s.

But it says a bigger risk is that reduced demand for fossil fuels could force down oil and gas prices, meaning that between 40 and 60% of leading fossil fuel firms’ current market capitalisation – essentially their net worth – could be at risk.

The study’s authors say: “We believe that investors have yet to price in such a risk, perhaps because it seems so long-term.

“And we accept that our scenario probably exaggerates the risk as we assume a low-carbon world today rather than beyond 2020.”

They advise investors to focus on companies with low-cost projects, and say they think capital intensive, high-cost projects like heavy oil and oil sands will be the riskiest.

The HSBC authors’ argument that much of the world’s fossil fuel reserves cannot be used if climate change is to be tackled seriously is not new: it has been advanced  by scientists and conservationists for years.

What is striking is that this appears to be the first time the argument has been made by the financial sector itself. James Leaton of  the NGO Carbon Tracker told the Climate News Network: “The question this raises for investors is this: is this investment compatible with a 2°C world?”

Andrew Simms, a fellow of the new economics foundation, said: “I wonder whether this will wake us up from the strange spellbound state that has persisted since the Copenhagen climate summit in 2009?

“We haven’t forgotten climate change, but we have forgotten that we have to do something about it.”