WWF says aviation emissions deal can be done this year

A report by WWF has detailed four policy options for the aviation industry to curb its greenhouse gas emissions.

These include a cap and trade system and a mechanism where airlines must offset their emissions by funding low carbon projects.

Although only responsible for 3% of global emissions, the sector is growing and there are concerns that its impact could increase significantly if a mechanism to financially incentivise reductions in greenhouse gas emissions by airlines is not adopted.

“That deal is within reach and it would limit emissions and ensure that the sector pays its way in global efforts to address climate change and the extreme weather it is causing.” 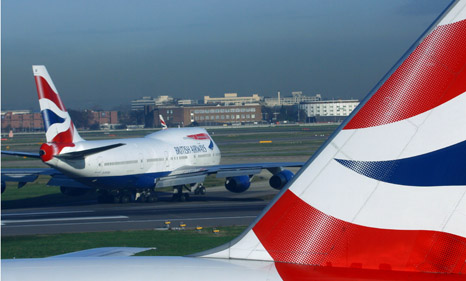 “There has never been a more opportune time to do something about this. We just need the political will and courage to make a global market-based measure happen,” she added.

As well as cutting emissions, a financial mechanism attached to aviation is also touted a potential source of climate finance.

Industry insiders have stressed that they would be unhappy if any revenue raised was not reinvested in efficiency measures for the sector.

The EU includes European airlines in its Emissions Trading Scheme (ETS). International flights were required to purchase allowances for 15% of their emissions creating much controversy. Their inclusion has been put on hold until the end of the year to give the sector an opportunity to devise a global system.

Negotiations to reduce the sector’s greenhouse gas output are handled through the International Civil Aviation Organisation (ICAO) rather than through the UN climate change body, the UNFCCC, which hosts talks between governments.

ICAO has its general assembly every three years. The next is scheduled to begin on September 24th this year. It is the only forum where an agreement could be made.

Finding a deal on aviation and shipping emissions is complicated by sector-specific issues such as the global nature of aviation and the ability of ships to “re-flag” under a different nation. This makes it harder for national governments to address these emissions domestically.

Any deal must also reflect the relative wealth of nations and their ability to invest in the necessary infrastructure changes to cut emissions.

Mark Lutes, who co-edited the report, told RTCC last year that Singapore had presented some compromise options that would meet this criteria.

“There’s is a number of interesting texts proposed and one from Singapore, which is often very good at finding the sweetspot of compromise, could well set up the minimal compromise that would be useful for moving forward,” he said.