The Kyoto Protocol’s troubled Clean Development Mechanism (CDM) passed the 6000 project mark this week, despite a collapse in the price of carbon.

The CDM is the world’s only global carbon trading scheme, designed to give poor countries access to green technologies.

A panel convened by the UN last year concluded the mechanism had “essentially collapsed”, due to concerns over the Protocol’s future and governments’ commitment to the low carbon economy. 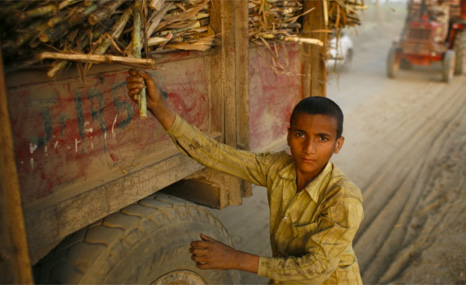 Over the past 12 months CDM credit prices have dropped by 90% to less than €0.50. This has been mirrored by the price of carbon in the European trading zone, which hit a record low of €2.81 a tonne last week.

The decision by the EU to back an extended Kyoto Protocol at the last round of UN climate talks kept the Mechanism afloat, which since its inception has spurred $215 billion in investment.

“This is a remarkable milestone for a remarkable tool created to combat climate change and contribute to sustainable development,” said Peer Stiansen, the new Chair of the CDM Executive Board.

“Participation in the mechanism has been well beyond expectations, which is the surest sign of the value that countries have placed in the CDM.

“The CDM is a functioning and effective tool that has proved its worth. Given the tangible threat that we face from climate change, it makes sense that we use the tools that we have at our disposal.”

Flora Bo Yu, an Analyst at IDEAcarbon, told RTCC the CDM had been hit both from recent EU decisions and by a lack of progress at the international climate talks.

“The EU ETS has restricted the number of CERs (Certified Emission Reductions) allowed in Phase III, and only the credits from Least Developed Countries registered after December 31st, 2012 are eligible,” she said.

“The key to resurrecting the CDM is to generate new demand, through national emission reduction targets and the international negotiations, where unfortunately little progress is expected until 2015.

“We believe it is important the CDM is kept alive, not least since the collapse of the mechanism could potentially dissolve the political consensus for truly global carbon markets along with much of the developing world’s carbon market capacity.”