The author of a government-commissioned analysis of the economics effects of climate change says he underestimated potential impacts of rising temperatures.

Lord Stern says his 2006 review findings, which are frequently cited by governments as a reason for taking action against rising greenhouse gas emissions, should have been blunter.

“Looking back, I underestimated the risks. The planet and the atmosphere seem to be absorbing less carbon than we expected, and emissions are rising pretty strongly,” he told The Guardian.

“Some of the effects are coming through more quickly than we thought then.” 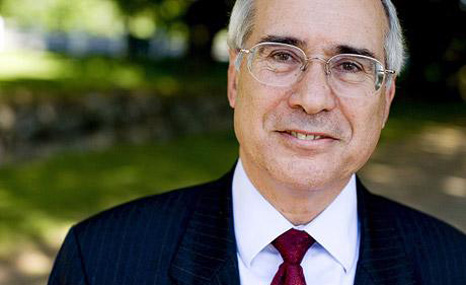 Lord Stern is a former chief economist of the World Bank

The Stern review warned that if no action was taken on emissions, there would be more than a 75% chance of global temperatures rising between two and three degrees Celsius over the next 50 years.

It reported that attempts to stabilise global emissions would cost 1% of gross domestic product (GDP); in contrast extreme weather could reduce global GDP by up to 1%.

Scientists believe a temperature rise beyond two degrees could lead to dangerous and irreversible levels of warming – many now believe there is no chance of keeping temperatures below this level.

A report published in the aftermath of the UN climate talks in Doha suggested the planet could be on course for a four degree rise – which could lead to substantial sea level rises and an increase in extreme weather events.

Stern says had he known how little effect his report would have had on global efforts, he might have expressed his concerns more clearly.

“This is potentially so dangerous that we have to act strongly. Do we want to play Russian roulette with two bullets or one? These risks for many people are existential.”