The UN says 1.3 billion tonnes of food is wasted each year and is launching a campaign to encourage producers, retailers and consumers to reduce these losses.

The Food and Agriculture Organisation (FAO) believes one-third of all food produced, worth around US$1 trillion, is lost or wasted in food production and consumption systems.

The Think, Eat, Save, Reduce Your Foodprint campaign is an initiative from the UN Environment Programme and FAO aimed at raising awareness of food waste around the world.

“Aside from the cost implications, all the land, water, fertilizers and labour needed to grow that food is wasted – not to mention the generation of greenhouse gas emissions produced by food decomposing on landfill and the transport of food that is ultimately thrown away,” he added.

“To bring about the vision of a truly sustainable world, we need a transformation in the way we produce and consume our natural resources.” 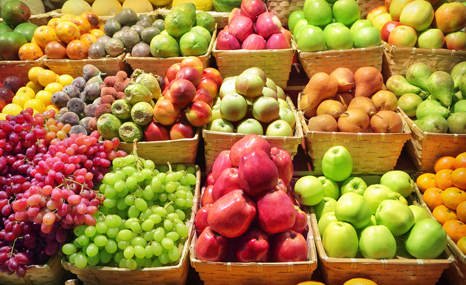 Food waste levels have huge implications for the environment and efforts to address climate change.

Agriculture and land use changes such as deforestation contribute to more than 30% of total global greenhouse gas emissions, while globally, the agri-food system accounts for nearly 30% of energy consumption.

Last week a report from  the UK’s Institute of Mechanical Engineers (IMechE) has found that 30-50%, or 1.2-2 billion tonnes of produced food is wasted by poor storage, bad distribution and exacting quality standards in the developed world.

In the developing world the FAO says 95% of food loss occurs at the start of the food supply chain due to limited harvesting, storage and packaging capabilities.

In contrast much of the food in the developed world is discarded at the user end, either by supermarkets or consumers.

According to waste campaigners WRAP, the average UK family could save £680 per year (US$1,090) and the UK hospitality sector could save £724 million (US$1.2 billion) per year by tackling food waste.

“Together, we can reverse this unacceptable trend and improve lives. In industrialized regions, almost half of the total food squandered, around 300 million tonnes annually, occurs because producers, retailers and consumers discard food that is still fit for consumption,” said José Graziano da Silva, FAO Director-General.

“This is more than the total net food production of Sub-Saharan Africa, and would be sufficient to feed the estimated 870 million people hungry in the world.”

“If we can help food producers to reduce losses through better harvesting, processing, storage, transport and marketing methods, and combine this with profound and lasting changes in the way people consume food, then we can have a healthier and hunger-free world,” Graziano da Silva added.