The International Energy Agency estimates that global energy demand could increase by 35% between now and 2035. The world desperately needs new sources of energy that do not pollute the atmosphere and contribute to global warming.

Hydropower is a proven technology that can provide sustainable low carbon electricity, but this comes at a cost to the physical and social environment, as a new documentary illustrates.

You get kind of jaded being an environmental journalist and traveling around the world after decades. Especially since everywhere you go something horrible is happening.

Traveling to Turkey for the Damocracy documentary was the same. It took a solid three days of traveling to get from my home in Brazil to Hasankeyf, a remote ancient town on the Tigris River in south east Turkey. Just a stone’s throw from the borders of Iraq and Syria.

This is Mesopotamia: the cradle of civilization.

Upon seeing the cliff city ruins and archaeological sites for the first time, my sails immediately filled, my senses ignited and a bionic bounce was wired into my step. There is no way one cannot marvel at just how spectacular the town is, set amongst ancient monuments which predate everything you could possibly imagine.

Heck, there were people living in the cave dwellings here, which are speckled everywhere alongside the mountains, before the written word and math were even considered. And you feel it! 12,000 years of history all around you. 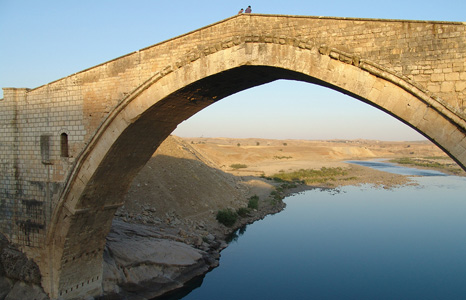 Filming in and around Hasankeyf you’re constantly reminded that several civilizations passed through here over the ages: the Romans, the Byzantines, it was once conquered by the mongrels, and of course fell into the hands of the Ottomans.

Meeting the people here was also an unexpectedly pleasant surprise. As a cameraman, and journalist, you’re not often given rock star-like treatment by those who invite you, or those you plan to film. I’ve actually been chased from towns in the Amazon by truckloads of armed men – I digress. Given the town’s incredible history there’s an interesting blend of Turkish, Arab and Kurdish cultures here.

We would break “simit” (round bread) together and eat it with “otlu peynir” (a type of goat cheese with herbs) in the mornings over tea and talk about Hansakeyf and its incredible multi-millennial history. Through translated interviews, people told me how until quite recently many of the cave dwellings created 12,000 years ago still housed people, until they were forced into government made homes.

They were proud that their connections to Hasankeyf spanned centuries. A young University student named Fatma mentioned how her family once lived in the castle above. “This land is the first steps of civilization and modern life, where the religions began, where the life began. This land is like a hidden paradise. When you look from far you see only mountains but when you look close you see the gate of the nature, the gate of the history, this is a different atmosphere” Fatma proudly said.

And to think, the government wants to destroy all this.

Over 300 ancient sites would be flooded,many endemic and endangered species threatened and over 25,000 people will be forced to relocate. 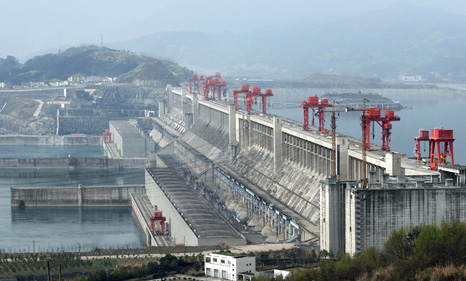 Around 1.4 million people were forced to leave their homes when the Three Gorges dam was built in China. It created a reservoir 410 miles long, submerging 116 towns and hundreds of ancient historical sites

Maybe that’s why everyone was so happy to see me. They knew I was there to film their historically, culturally and ecologically unique home. They needed to vent, to tell their stories, with hopes of having these images aid in raising some important awareness to what’s at stake.  I was here on behalf of the Doga Dernegi (BirdLife in Turekey) to do just that.

It’s impossible to convey all that I felt the first time I saw Hasankeyf: that moment of elation and awe.  But the scenes captured are breathe-taking.

More importantly, the facts speak for themselves and through interviewing archaeologists, advocates, scientists and community members you learn quickly that there is really no energy debate here, there are alternatives, but what we’re dealing with is special interests and government malfeasance steam-rolling cultures, destroying lives and erasing history.

I won’t go into too much detail about the planned Ilisu dam, or why it’s such a bad idea, and why it’s not “green energy” as most dam proponents now boast, that will come out in the documentary.

But while interviewing a Professor of archaeological studies at the University of Istanbul, she said something on camera that I truly believe put everything into perspective.  “We’re sacrificing 12,000 years of history, for maybe 50 years of energy”.

It’s a familiar story; I’ve spent the better part of four years documenting the fight to stop the Belo Monte dam in the Brazilian Amazon, too. Actually, it was during work in the Amazon when I met people from the BirdLife Turkey who talked about Ilisu dam.

Belo Monte is this biggest and most controversial of the 60 dams that the Brazilian governments wishes to hammer into the Amazon over the coming decades. Part of a larger government plan called PAC.

So while in Turkey, I couldn’t help but notice the parallels between these government’s intentions and tactics on both sides of the world, and what is at stake for local communities, culture and ecology are striking.

My stay in Hasankeyf ended far too quickly, but it was time to go home. And although it would be another 50 hours to get there, my mind wasn’t on how horrible an experience traveling is, it was still with the people of Hasankeyf and what they stand to lose.

VIDEO: Watch the trailer for Damocracy