Can graphene drive the green economy?

It’s strong as diamond, flexible as rubber, it conducts electricity and can heal itself when damaged, but are there any uses for graphene that could help us reduce our greenhouse gas emissions?

Scientists and researchers are rushing to find applications for the one-atom thick carbon sheets discovered by Nobel prize winning physicists at Manchester University.

The radical combination of properties opens up new possibilities for those looking for applications and race for patents is now on.

Already there are new opportunities for this particular form of carbon to cut the creation of some of its less useful family members.

Its potential for use in microelectronics is capturing the attention of big tech firms including IBM and Samsung who have more than 500 patents between them.

Graphene’s hexagonal atomic structure means it can be used like a sieve to select which atoms it allows to pass through.

A team from the University of Colorado is exploring the possibility of using graphene membranes in power plants and other industrial processes to prevent greenhouse gases from entering the atmosphere.

“These atomically thin, porous graphene membranes represent a new class of ideal molecular sieves, where gas transport occurs through pores which have a thickness and diameter on the atomic scale,” said Scott Bunch, a co-author of the study published in Nature Nanotechnology. 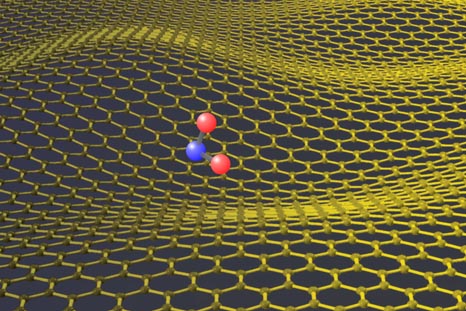 One of the main drawbacks of electric cars is the amount of energy the batteries can store.

The result is “range anxiety” for drivers watching the meter and hoping to make it back to a charging point before they trundle to a halt.

Graphene battery technology for cars and electronic devices is one of the most promising areas, so much so Samsung already has 400 patents.

An adapted sheet of graphene created by the Rensselaer Polytechnic Institute (RPI) can be charged and discharged 10 times faster than lithium-ion (Li-ion) batteries that prevail at the moment.

“Li-ion battery technology is magnificent, but truly hampered by its limited power density and its inability to quickly accept or discharge large amounts of energy. By using our defect-engineered graphene paper in the battery architecture, I think we can help overcome this limitation,” said Nikhil Koratkar, an engineering professor at RPI. 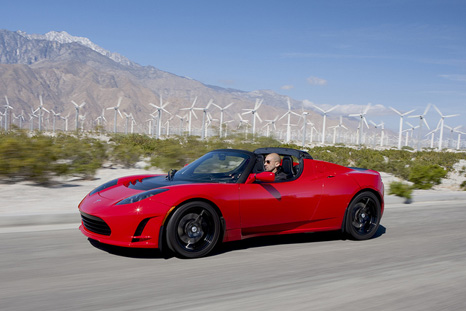 Tesla has said graphene could be useful to its high-end electric cars in the future. (Source: Flickr/NRMA new cars)

One team in Florida claims to have broken the record for efficiency from a graphene cell hitting the 8.6% mark, still behind the 20% plus possible with current technologies, but not bad for a material that didn’t exist in 2004.

There are nearly always disputes with plans for renewable energy developments and solar is no different. Planning rules restrict their spread in cities and questions over land use can be a stumbling block for larger solar farms.

New cells that could be incorporated into a building’s exterior are in development.

Cutting five tonnes from a Boeing 777’s 140 tonnes could save $1m a year for the airline and reduce emissions along the way.

The same principle applies to cars and high-end electric car manufacturer Tesla is already keen on the technology.

One of the applications perhaps a little further ahead in the future is the generation of energy by graphene using only the kinietic energy of the molecules at room temperature, effectively just the ambient heat.

An early study in Hong Kong used the energy in six treated graphene panels to power an LED.

Modest amounts of energy production are generated using only ambient heat however the work is at an early phase with the results still to undergo the peer-review process.