The world’s potential renewable energy resources have been plotted in a publicly available interactive map.

The online tool launched at Abu Dhabi Sustainability Week by the International Renewable Energy Agency (IRENA) and the Masdar Institute.

The Global Atlas for solar and wind brings together wind speed and direction and solar insolation data to show where the greatest potential lies for both technologies. 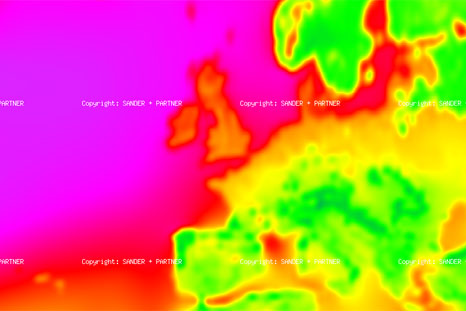 The purple areas on this map of Europe have average wind speeds of 12 metres per second (m/s), yellow is 6m/s and green 3m/s.

Typically, wind speeds above 3.5m/s are required to generate power.

The UK is one of a handful on large onshore regions where wind speeds are largely above 8m/s. 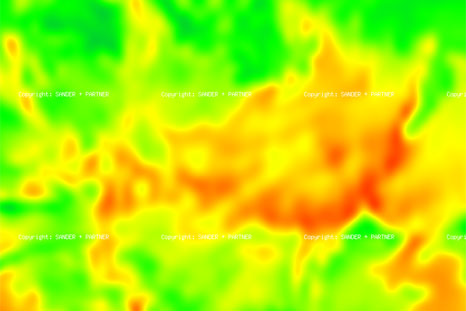 Only a few countries have significantly large areas with a high suitability for wind. The map above shows another large area of higher onshore wind speeds centred over Mongolia.

The Desertec Foundation is currently exploring the possibility of expanding solar and wind energy resources in Mongolia to fuel energy demand in South East Asia. 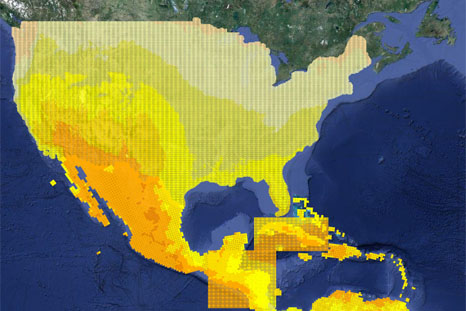 The potential for solar energy in the US. Darker colours mark out more suitable areas. (IRENA Global Atlas)

Solar energy has tipped as a big winner for the US. The IRENA map shows a pronounced prejudice for the south western States.

Although the Atlas currently only includes solar and wind resources, other technologies such as wave and tidal power can be added in the future.