Current policies still leave the planet on course for a dangerous rise in temperatures, but GLOBE International’s 3rd Climate Legislation Study shows that Mexico, China, Bangladesh, Vietnam and Indonesia have all recently passed what it calls ‘significant’ climate related legislation.

Canada gets a black mark over its government’s decision to leave the Kyoto Protocol at the end of 2012 and introduce policies aimed at protecting investment in the Alberta Tar Sands.

UK MP Barry Gardiner told RTCC he was encouraged by this year’s report, reserving particular praise for Mexico’s new law on climate change, which aims to reduce emissions by 30% by 2020.

“It was extraordinary to get two major pieces of legislation through in the run-up to their General Election,” the Labour party Special Envoy for Climate Change said.

Gardiner also hailed China’s “big, big move” in drafting a national climate change law. China is responsible for over a third of global emissions and has a voracious appetite for coal. 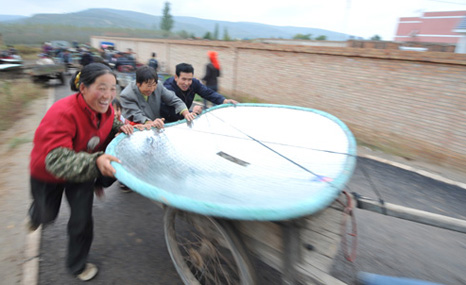 The release comes as climate legislators from the world’s leading economies meet in London for the first Globe Climate Legislation Summit, which aims to complement high level talks to agree a globally binding deal in 2015.

The meeting has the backing of UN climate chief Christiana Figueres, who says domestic legislation will be the foundation of any deal agreed at the international negotiations.

“At the national level, it is clear that when countries enact clean energy policies, investment follows,” she said.

“At the international level, it is equally clear that domestic legislation opens the political space for international agreements and facilitates overall ambition.”

Previous attempts to broker a global climate deal have been unsuccessful – with the 2009 UN talks in Copenhagen ending in acrimony after a breakdown in trust between major countries.

Gardiner believes smaller summits involving legislators will be vital in the lead to 2015 as confidence building exercises, arguing that the experience of the Kyoto Protocol shows top down deals can only work if there is solid support from MPs back home.

“The ultimate agreement will reflect national situations as much as it defines it,” he said.

Organisers hope this forum will be less politically charged than at the UN talks, which frequently descend into acrimoy.

“The aim of the summit is to support legislators in advancing climate change-related legislation by providing a combination of political, analytical and administrative support where it is requested,” Globe Secretary General Adam Matthews said.

“It will also serve as a platform where legislators from across the world can meet, discuss common barriers, issues and successes and share information about best practice.”

In a statement Britain’s Foreign Secretary William Hague added: “As we look towards the imperative of getting agreement on a global, legally binding, deal on emissions reductions in the UNFCCC in 2015, it is clear that domestic legislation has a key role to play in building consensus and cementing ambition.

“We are very pleased to have been able to support the launch of this initiative.”