China has outperformed its carbon intensity reduction targets with a 3.5% cut in 2012, the government has announced.

“The situation last year was relatively good. Based on a preliminary estimate, China could achieve a more than 3.5% fall in carbon intensity,” said Su Wei, director general of climate change department of National Development and Reform Commission.

Despite this progress however, the country’s absolute emissions more than doubled in the first eight years of this century making it the largest single emitter, ahead of the US, EU, India and Russia.

Xie Zhenua, the minister responsible for climate action, said last year that he expected this situation to continue until the country’s GDP per capita has increased by a factor of five, bring it in line with developed nations. 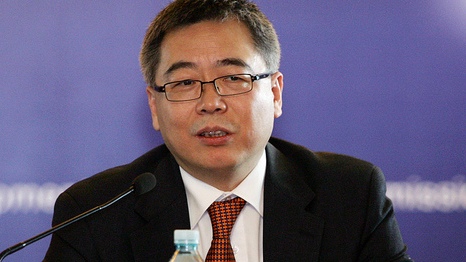 The country has announced a $372bn investment in energy efficiency as it looks to curb its energy demand during its ongoing development.

“Both carbon intensity and energy intensity are very important metrics to track in China. If China had not achieved significant reductions in energy intensity in the 1980s and 1990s, it would be using far more energy and emitting far more carbon than it is today,” said Joanna Lewis, an assistant professor of Science, Technology and International Affairs (STIA) and specialist in China at Georgetown University’s Edmund A. Walsh School of Foreign Service.

China’s latest five-year plan details move to shift the nation away from heavy industry towards a knowledge-based economy, a process that will contribute to the cuts in carbon intensity.

“The reported 3.5% reduction in carbon intensity in 2012 illustrates China’s ability to emit gradually less carbon per unit of economic output, which is crucial to its transition to a low carbon economy,” she told RTCC.

“But while it is extremely important, a carbon intensity goal alone is unlikely to achieve substantial emissions reductions. Further commitments to reducing dependence on coal, increasing the use of renewable energy, and improving energy efficiency will all be important factors in reducing emissions in China,” she added.

China’s rapid economic expansion has seen it increase its coal consumption with 79% of its electricity produced by coal.

The Communist Party’s new leader Xi Jinping spoke of the importance of creating “a beautiful environment” during his acceptance speech, a move welcomed by UN climate change chief Christiana Figueres.