The World Bank’s forest carbon fund has received a $180m cash injection, boosting efforts to protect rainforests in the Amazon and Indonesia.

The Forest Carbon Partnership Facility (FCPF), which compensates developing nations that reduce emissions by protecting their forests, was granted the new cash by Finland, Germany and Norway.

“Forests continue to be lost as efforts to get the world on a greener, low-carbon growth path struggle to increase in speed and scale to meet the climate challenges ahead,” said Rachel Kyte, World Bank Vice President for sustainable development.

The fund now contains $650m, which is used through two different components to enable countries to develop their national policies in line with the UN’s REDD+ scheme (The Readiness Fund), as well as to provide payments to once emission reductions have been verified (The Carbon Fund). 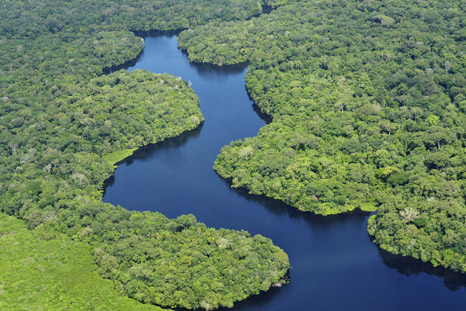 Lowering rates of deforestation locks in carbon and ultimately reduces the release of greenhouse gases.

“REDD+ needs to move from planning to large scale action already in this decade if we are to maintain the two degree goal,” Hans Brattskar, Norway’s special envoy for international climate policy said.

“The Carbon Fund will bring countries and companies together to create early demand for forest carbon with strong safeguards.”

Norway has been a proactive backer of forest carbon initiatives and has a $1bn bi-lateral agreement with Indonesia.