Coal is back, and its apparent resurgence in the USA threatens to derail President Obama’s climate change strategy.

New figures released this week by the Energy information Administration (EIA) reveal that the use of coal by power plants is increasing again after being displaced by cheap domestic shale gas in recent years.

In 2011 Coal’s share fell below 40% for the first time since 1978. Now those figures are heading up again, and emission levels will surely follow.

Coal emits around twice the CO2 of natural gas per unit of energy generated as well as generating greater levels of other pollutants that damage human health. 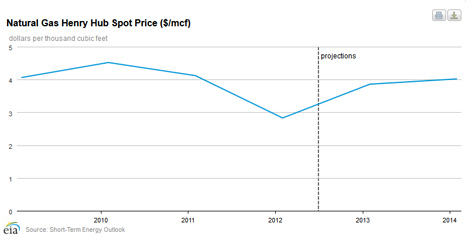 Despite claims from Republicans that President Obama is waging a war on coal, closer examination finds US coal mining in good health and new power plants built with the support of Federal government offsetting the job losses from dirty, retiring coal power stations.

“We shouldn’t be paying coal producers that are still doing well and we shouldn’t be subsidising dirty energy given the climate reality that we are facing,” says Janet Redman, co-director of the Sustainable Energy and Economy Network at the Institute for Policy Studies in Washington.

“That extends to support for exporting coal as well. These should be off the table and Obama should be pushing for that in the next four years,” Redman told RTCC adding that the present “all of the above energy strategy” should focus more on clean energy.

The War on Coal was the name of a Mitt Romney attack ad during the election, a running theme with a conservative Senate energy committee and even the name of a bill designed to reverse environmental legislation for coal power plants.

If President Obama really is focused on wiping out the coal industry, it is not his most successful campaign.

The latest short-term EIA figures suggest a projected rise in US natural gas prices could immediately see coal consumption creep back up. It expects the coal share of total electricity generation to rise from 37.6% in 2012 to 39.0% in 2013 and 39.6% in 2014.

“If the world continues to use coal in the way that we are using it today and by the world, I mean in particular, not just the United States, but China, India, and Russia, it’s a pretty bad dream,” said US Energy Secretary Steven Chu clarifying comments he made prior to his appointment.

Legislation by the Environmental Protection Agency (EPA) to regulate the emissions of coal power plants is the root cause of most of the accusations against the current administration.

For some utilities it was cheaper to close down than upgrade older, dirtier coal power plants. Installing the necessary infrastructure to meet the requirements is not cheap, but the EPA rules are not the only factor.

Analysts at the Brattle Group found that coal power plants capable of generating between 59-77 GW would shut down in the next five years depending on whether the EPA took a strict or lenient line in the coming years.

A more pertinent factor in these closures is the low price of natural gas in the US because of the rapid development of shale gas. This has driven gas prices below those of coal, more than halving in two years from 2007 and 2009.

Brattle found that a further $1 fall per unit of gas would double the volume of closures of coal power plants.

The focus of the War on Coal accusations, led by vocal climate change sceptic Fred Upton’s Energy and Commerce Committee, is jobs at coal power stations.

The latest press release by the committee states that Georgia Power is closing 15 coal units putting 500 jobs on the line.

“This retirement announcement by Georgia Power is disappointing yet unsurprising. Already, we have seen a number of coal plants fall victim to the Obama administration’s assault on coal and I would not be surprised if there are even more closures in the months ahead,” said Energy and Power Subcommittee Chairman Ed Whitfield (R-KY)

Two coal plants are also being converted by the company to burn cleaner, cheaper gas, creating 2000 jobs along the way.

The committee’s statement makes no mention of the impact of shale gas on coal’s economic viability.

Simultaneously it calls for the continued spread of shale gas exploration in the US, with no regard for the consequence this would have on the coal plants it seeks to protect.