The recession is making it harder to cope with climate change, increasing our vulnerability, according to a World Economic Forum (WEF) survey.

The poll of 1000 experts, academics and industry leaders ahead of the annual meeting in Davos identifies the ongoing financial crunch, the potential for a global governance crisis, water scarcity and a failure to adapt to climate change among the key risks facing the world.

“These global risks are essentially a health warning regarding our most critical systems,” warned Lee Howell, the editor of the report and managing director at the WEF.

“National resilience to global risks needs to be a priority so that critical systems continue to function despite a major disturbance,” added Howell.

Continuing poor economic conditions are exacerbating environmental problems as governments struggle to find the money for necessary low carbon infrastructure and climate adaptation projects, both at home and abroad. 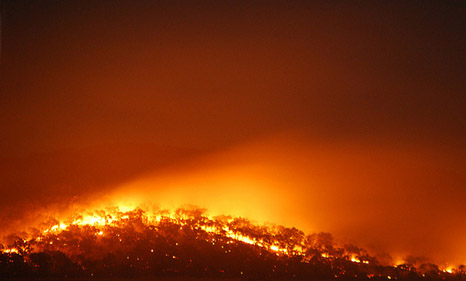 A new system to address the financial burden of climate loss and damage was put on the table at the UN climate talks in Doha.

Rising greenhouse gases was the top concern in the environmental category last year – this year failed climate adaptation and urban planning strategies topped the bill, although the report does conclude that continued rises in greenhouse gases is the most likely of these threats to occur.

“With the growing cost of events like Superstorm Sandy, huge threats to island nations and coastal communities, and no resolution to greenhouse gas emissions, the writing is on the wall. It is time to act,” said Axel P. Lehmann, chief risk officer at Zurich Insurance Group.

Munich Re estimated the cost of natural disasters in 2012 at $160bn, underlining the potential cost of inaction.

The top societal risk for 2013 is a water supply crisis which leapt ahead of population growth – severe droughts in 2012 reduced crop yields significantly.

The US alone generated $20bn of losses from agriculture as a result. Brazil is currently facing an energy shortage after a hot summer saw hydropower reservoirs drained by heavy air conditioning use and dry weather fail to replenish them.

The first WEF Global Risk survey in 2007 gave climate change middle billing with civil wars, the collapse of China’s economic growth and price shocks for oil and other commodities more of a concern.

Land use and waterway mismanagement 9.3%