Alaska’s climate is not cooling, contrary to media reports based on partial conclusions of a new scientific paper.

The study identifies a decadal scale trend in ocean surface temperatures in the north Pacific, which is periodically cancelling out rises caused by man-made climate change.

This has been interpreted by some media, including the UK’s Daily Mail as a sign that climate change does not exist, despite the same scientific study, written by Alaska Climate Research Center, noting that the state has in fact warmed at twice the global average in the past 100 years, in line with trends noted throughout polar regions. 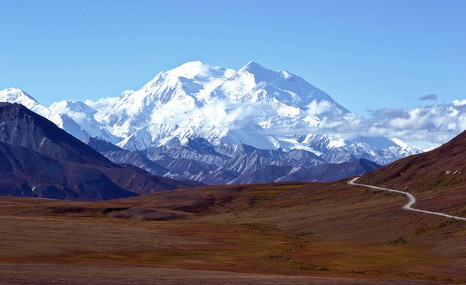 Denali or Mt McKinley, is the highest peak in North America. Alaska, like other polar regions, is experiencing enhanced warming. (Source: Flickr/blmiers2)

“In summary, the long term observed warming of Alaska of about twice the global value, as expected by the increasing CO2 and other trace gases, is sometimes temporarily modified or even reversed by natural decadal variations,” the original research says.

A similar such cold period occurred in Alaska starting in the 1940s.

However, the Mail’s headline is: “What global warming? Alaska is headed for an ice age as scientists report state’s steady temperature decline.”

It then contradicts that title in the first sentence of the article by acknowledging the overall increase in temperatures, when averaged across the earth’s surface.

“New research from the Alaska Climate Research Center shows that since the beginning of the 21st century, temperatures in the snow covered land of Alaska are actually getting colder – bucking the overall global warming trend,” reads the story.

Climate is typically determined using data from 40 year periods to account for the numerous smaller, and shorter scale variations that interact with it.

A cherry-picked story about the medieval warm period was misinterpreted last March, leaving the author Dr Zunli Lu, to issue a follow-up statement that the research had “been misrepresented by a number of media outlets” calling this “unfortunate”.