The UK is on target to meeting its 2020 EU renewable energy goals, the government has announced.

There was a 27% increase in the amount of electricity generated from renewables between July 2011 and July 2012 edging it closer to the EU goal to produce 15% of all electricity from clean sources. The current proportion stands at 10%.

“Renewable energy is increasingly powering the UK’s grid, and the economy too,” said Edward Davey, Energy and Climate Change Secretary of State. 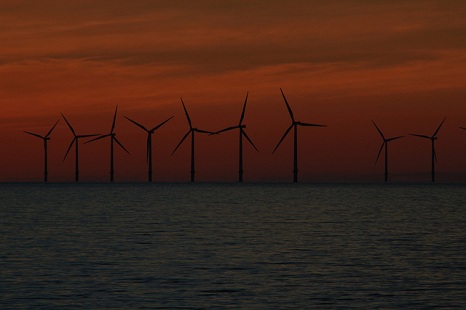 Offshore wind capacity in the UK grew by 60% in 12 months. (Source: Flickr/RobertSharp)

“It’s a fantastic achievement that more than 10% of our power now comes from renewables, given the point from which we started.”

The volume of installed Solar Photovoltaic power grew by a factor of five and offshore wind by 60%.

The Treasury’s reluctance to cement long-term commitment to renewables has hindered investment but those backing the technologies, including Davey, remain confident in the wider potential of clean energy expansion.

“Right now, getting new infrastructure investment into the economy is crucial to driving growth and supporting jobs across the country,” said Davey.

“I am determined that we get ahead in the global race on renewables and build on the big-money investments we’ve seen this year.”