The road to 2015: Where next for the international climate talks?

Since the latest round of UN talks concluded in Doha we’ve asked a number of experts for their thoughts on how to move the process forward.

Questions included: “Are the UN talks too complex?”, “Was an opportunity missed in Qatar?”, “What needs to change?”, and “Is this the right forum to generate real ambition?”

You can read their responses below – do let us know what you think either by the comment form at the bottom or via Twitter @RTCCnewswire. 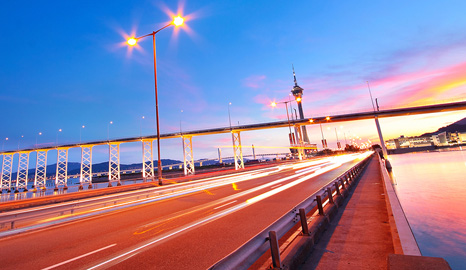 In 2011 the world’s governments agreed to work towards a 2015 global climate deal, but time is running out and the road ahead is filled with politically awkward obstacles

Qatar missed the opportunity to make a striking political gesture at its Doha COP.  Sitting on top of global GDP and GHG tables per capita, it could have made a major financial pledge to contribute to the Green Climate Fund.  It might have persuaded other small, rich energy exporters – like the neighbouring United Arab Emirates – to join this move.

That would have been a double whammy: silencing critics of the presence of these rich countries in the “developing” camp; and, more important, raising hopes of an adequate financial response to the vulnerability of poor people exposed to climatic impacts in least-developed and island countries.

The real story of differentiation, however, is not about the likes of Qatar and UAE.  It is essentially a US-China issue, though there are many actors on either side of the stage.  The world has indeed changed economically and politically since countries were categorized in the 1992 Convention; it will continue changing and concepts of equity, responsibility and capability must adapt to this change.

But it has not changed as much as some think. China will soon overtake the USA as the biggest economy – but that is because there are more Chinese, not because they are, on average, richer than Americans.

I hope we reach the conclusion that we are tired to negotiate this way, and for the ADP we give a year of thinking that we really start a process that will involve everyone, business, civil society, because we cannot fight climate change only as governments.

We have to involve everybody. We cannot have a convention that has meetings where nobody can participate because they are so complicated, specific and technical.

The UN negotiations are clearly complex and have some technical issues like land use change and forestry, but it’s not any more complex than the US tax code for example, which is thousands of pages long.

More to the point it is politically difficult, because of the power of vested interests which want to keep us emitting high levels of carbon because they are benefitting from the trillions of dollars of subsidies for fossil fuel production and consumption.

It doesn’t matter what process you are in, the UNFCCC, MEF, the G20 – wherever these countries go they take their politics with them, and unless they change those politics at home, in the US, in China, in Japan, in the EU – we will see this dysfunctional behaviour here.

The big disaster that no-one wants to seem to want to do anything about urgently is the collapse of carbon markets, but the Clean Development Mechanism is now 60 cents per Certified Emission Reduction (CER).

The problem for that is that there is a lot of talk about finance for the future and the Green Climate Fund, public finance leveraging private finance, but what you have at the moment is that the little bit of private finance that is being invested in carbon markets is being burnt significantly, and I think will struggle to trust a future policy regime for some time again – and that’s quite damaging.

Political certainty is severely lacking, not just on mitigation caps and an international climate change deal but also in renewables. We have seen shifts and changes – in Feed In Tariffs in Europe being set and changed.

I have spoken to investors who are saying ‘look, we are still investing in climate change solutions but are trying not to invest in them where the returns are reliant on certain public policy frameworks’.

The core problem isn’t the process – it’s the politics. If we had more political will we could drive over some of the more obvious process problems we have here. The move forward is to take the spotlight off the UN, move the debate back to countries.

They have to work out how much climate risk can they take, what do they want out of 2015, and devote resources to building cooperation, diplomacy – classical diplomacy – we use it on Nuclear disarmament, the G20 finance, devote some real energy political to build those relationships, and then an agreement will come out of that basis.

Then we can design a better process here for getting things done. We need to have professional chairing, give the Secretariat more power to run the meetings. Let the Presidency arrange some politics but not organise the negotiations.

I think there is a large paradox between the acknowledgement after Copenhagen that we can’t just put so much expectation on the same conference, and then expect within two weeks we can sort out all the problems and all the issues and final solutions.

And at the same time the idea that Durban set us on a course for a 4 year negotiation cycle, but we have absolutely nothing agreed here. It seems the wisdom from Copenhagen was how we should really separate different issues and not package them all together where you engage in some kind of impossible bargaining.

This wisdom seems to have been lost, with some laziness of negotiators to really push hard to get concrete results at every single step. If we had popcorn and 3-D glasses it would be more or less the same, and the way Civil Society could be more effective is by engaging more with national delegations, but having also national delegations engaging with us.

I’m fairly confident that there will be a deal done ultimately, there will be this gateway because no one wants this to fail and it will be achieved through compromise and that balance we talked about.

Now that’s good because the process is staying on track but it doesn’t really bode well for the next two or three years where we really want to see a ratcheting up of ambition. The process will get more difficult because the closer one gets to a legal deal, the more real the issues are. So I think this is really challenging looking forward.  And that’s coming at a time when the science is telling us that we shouldn’t be content with the ambition we set some years ago, we need to ratchet that ambition up not from 2020, but from today.

We need to be embracing more ambition and more urgency now and that needs to be at a national level as well as the international level. At the end of the day it’s not UN treaties that drive investment and change behaviour, it’s national regulation and policy that drives national or regional, EU for example. And if all of this becomes a mañana issue of ‘well we’ll deal with that when that starts’ then we’re not going to get the framework in place that will drive the scale of investment that’s needed.