Obama: Climate change shift down to my kids

President Obama has said asking simple questions about his children’s future is partly responsible for his renewed urgency to act on climate change.

Speaking to Time Magazine after being named its Person of the Year for the second time, he said thinking about his kids had narrowed his focus on his legacy issues.

“Well, it’s a cliché, but it’s obviously true that for any parent, as you watch your kids age, you are reminded that everything you do has to have their futures in mind. You fervently hope they’re going to outlive you; that the world will be better for them when you’re not around. You start thinking about their kids,” said Obama. 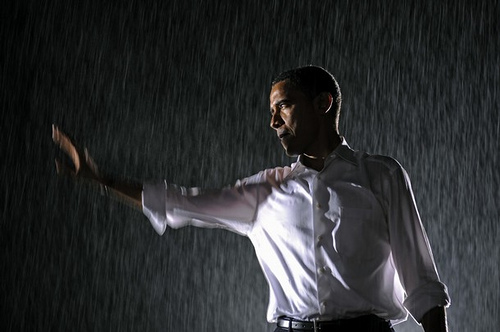 President Obama has said climate change will be one of his top three issues during his second term. (Source: Flickr/Oporder)

“On an issue like climate change, for example, I think for this country and the world to ask some very tough questions about what are we leaving behind, that weighs on you. And not to mention the fact I think that generation is much more environmentally aware than previous generations,” he said.

There was no sign of a shift in US policy at the recent UN climate change talks in Doha, but the President has indicated that climate change could now feed into other issues during his second term.

“When we think about getting our fiscal house in order, when we think about climate change, when we think about the kind of economy that they’ll be inheriting and what opportunities they have, again, taking the long view is something that I’m constantly pushing for. And that’s particularly challenging in this job where your inbox of immediate crises are always coming at you.”