Japan could replace 25 of its nuclear power stations with geothermal energy, according to Stefan Larus Stefansson, Iceland’s ambassador to Japan.

“The potential for geothermal energy is only limited by people’s imaginations,” he said.

Speaking at a lecture at the United Nations University Headquarters in Tokyo, Stefansson called on Japan to harness its untapped geothermal potential by using Iceland’s success in this area as a model.

Despite having the third largest potential for geothermal energy in the world, after Indonesia and the US, Japan is currently only eighth in terms of global output. 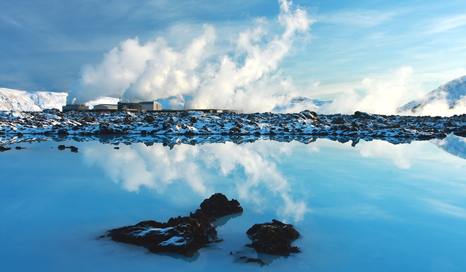 The last geothermal plant to be built in Japan was in 1999 and government research funding for geothermal projects ended in 2003.

In contrast, geothermal energy provides 66% of Iceland’s primary energy, with many of the turbines for such plants being made in Japan.

Pressures have grown in Japan to tap into their thermal energy potential as it struggles to find alternatives to nuclear in the wake of the Fukushima Daiichi disaster in March 2010.

Nuclear power had previously supplied 30% of the country’s energy but as a result of Fukushima the government decided to shut down the country’s 54 nuclear reactors.

Since then only two have resumed operation and the Japanese government announced it would abandon nuclear power by 2040.

The Japanese government recently announced plans to triple renewable energy output by 2030, and there have also been concerns that the country’s carbon dioxide emissions could raise as they once again rely heavily on fossil fuel energy sources.