Coal is set to be the world’s largest single source of energy by 2020, according to a new report, with no sign of demand waning.

Even under scenarios of slowing economic development, the International Energy Agency (IEA) predicts that China and India will drive coal consumption upwards, with the fuel reaching parity with oil globally by 2017.

Coal emits more greenhouse gases and other pollutants than other fossil fuels, which will make it difficult to expand coal use and meet climate change targets without intervention.

“Carbon Capture and Storage (CCS) technologies are not taking off as once expected, which means CO2 emissions will keep growing substantially,” said Maria van der Hoeven, executive director of the IEA.

“Without progress in CCS, and if other countries cannot replicate the US experience and reduce coal demand [by swapping for gas], coal faces the risk of a potential climate policy backlash,” she said. 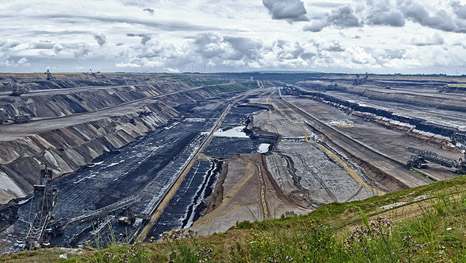 Demand for coal in Europe may be fleeting due to high gas prices, but in China and India it is here to stay. (Source: Flickr/Bert Kaufmann)

The IEA predicts that in order to keep carbon dioxide levels below the 450ppm recommended by climate scientists, coal use will have to peak before 2020 and then fall by more than a quarter during the next decade.

Commitments to reduce greenhouse gases, expected through the UN negotiations process in 2020, could put a cost on emissions that makes coal less attractive.

The low carbon price at present would not be sufficient to do this leaving a switch to gas, increased renewables and CCS as the only alternative to meet energy demands without incurring the full impact of coal on the climate.

Enabling the country to develop while also keeping the world within the 2°C limit of warming, as recommended by climate scientists could require the transfer of CCS technology to India.

Unconventional gas sources, which have helped the US become the only nation with falling coal consumption, offer another route to reducing the environmental impact of coal.

Critics say however, that investment would be better made in renewables than “locking in” the carbon output of new gas infrastructure for the next 40 years.

Commenting on the UK’s own recent energy reshuffle, Nick Molho, head of energy policy at WWF-UK warned against a dash to gas.

“Not only is investing in renewable forms of energy a good way to manage costs, it will also create jobs, boost the economy and, most importantly, play a major role in tackling climate change,” he said adding that in Britain’s case, gas should only be a transitional fuel.