The President of the EU Commission has called on the continent’s ‘partners’ to show more climate action in 2013.

José Manuel Barroso said that its ‘political goals’ were not met at the UN climate talks in Doha this December, and that more was needed next year.

Setting out the EU’s New Year’s Resolutions to a Sustainable Development Summit in Brussels, Barroso reaffirmed the EU’s commitment to the 2015 climate pathway and said next year would see clear milestones for this set out.

He also re-pledged the EU’s promise of climate finance, stressing they would deliver on their €7.2 billion in fast-start finance and €7 billion more in the coming years.

“Let me frank: we did not meet [our] political goals as we would have wanted,” he said. “It is difficult when your partners are less willing to commit. But still, the European Union pushed the agenda onwards in Doha” 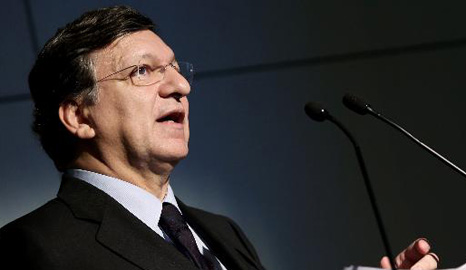 The EU currently has a 2020 target of cutting its emissions to 20% below 1990 levels, although many are calling for this to be raised to 30%

“We agreed to establish clear milestones for the next year’s, in view of drafting a comprehensive global agreement by 2015, to be in force by 2020. And Europe demonstrated its leadership by agreeing to extend the Kyoto Protocol until then.

“We also resolve to continue our work on the ground, since global warming will not wait until 2020. The EU will keep to supporting mitigation and climate resilient actions from our partners in developing countries.”

As said the EU would continue to support work on these two parallel issues.

“Climate action is an integral part of our development agenda,” he said. “For example sustainable energy will bring an important contribution to the fight against climate change. In this context, the EU is supporting the “Sustainable Energy for All” initiative to help developing countries to adopt cleaner and more efficient energy technology.

“Our ambitious goal is to help developing countries to provide 500 million people with access to sustainable energy services. Accordingly, the Commission has mobilised over half a billion euro for Sustainable Energy for All this year alone.”