So this is how the future of the planet is decided.

Norway’s Environment Minister, Bård Vergar Solhjell has published a picture of a crumpled piece of paper with semi-legible calculations that helped determine the result of the Doha climate talks (attached below).

His article in the newspaper Aftenposten shows that Russia’s objections to the “Doha Gateway” were deliberately ignored.

Solhjell (with the help of Google Translate) explains how an agreement was made ahead of the final meeting that COP18 President Al-Attiyah would submit the proposal on the Kyoto Protocol and ignore protests they knew would come from Russia. 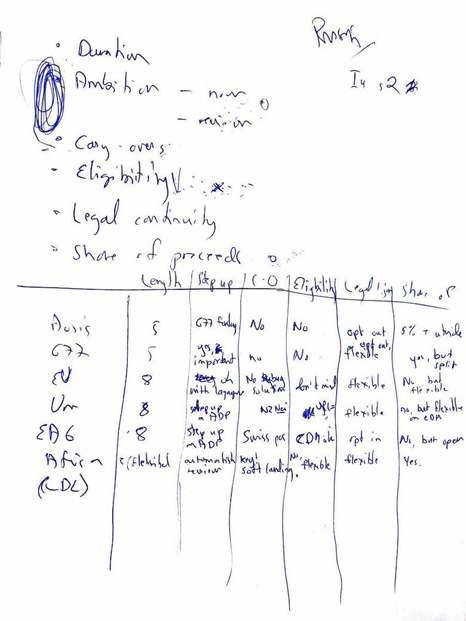