The Doha climate talks are sleepwalking towards disaster, a coalition of leading environmental and development NGOs has said.

ActionAid, Christian Aid, Friends of the Earth, Greenpeace, Oxfam and WWF, issued an emergency call to governments, rich and poor, to avoid an unacceptable outcome at the talks.

“Civil society will not be complicit in an outcome in Doha that will risk the lives of millions,” read a joint statement.

The groups were joined on stage by the Emmanuel Dlamini, chair of the African Group of nations, Pa Ousman Jarju, chair of the Least Developed Countries (LDCs) and Yeb Sano, head of the delegation from the Philippines, which is currently undergoing the severe impacts of Typhoon Bopha.

“Our definition of what is a successful outcome must not be defined by our political masters but by what 7 billion people want,” said Sano.

The group called for deeper emission cuts, greater support for poor nations and more leadership from both developed countries and said it would “name and shame” any nation that attempted to block progress during the final 36 hours of the UN climate talks. 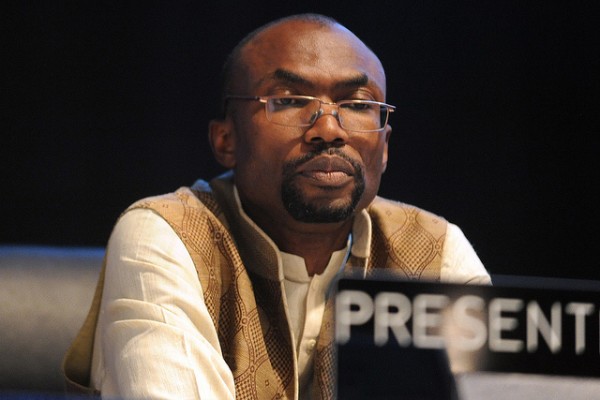 A number of nations are accused of holding up the talks. India has blocked agriculture discussions, Brazil has concerns on measuring and reporting of emissions, the US is standing firm on finance while Poland and Russia are refusing to back down over the ‘hot air’ issue..

“We must remind ourselves that for eight years under President Bush the US held back these climate talks, eight years we couldn’t afford to lose. We were happy to hear him mention climate change in his acceptance speech but the reality is that both the US negotiators have been a stumbling block to this process consistently in the past few years,” said Naidoo.

“I would suggest that they and some other delegates when they were packing for Doha forgot to pack their consciences. President Obama either has to refresh the mandate for these negotiators or call them back to Washington.”

Talks on finance in particular now hold the key to the outcome of the Doha negotiations with China telling a press conference earlier today that a new “quantitative target” for some time between now and 2020 to provide assurances on how the Green Climate Fund will ramp up activity towards its $100bn goal.