COP18: Room for optimism on climate finance at UN talks

There is growing optimism that the current stalemate on climate finance could be this week when the ministerial level talks commence in Doha.

Developing nations have said that there can be no deal in Qatar that does not involve details on climate funding beyond the end of the current Fast Start Finance (FSF) period, which ends this year.

In addition to clarity on funding for 2013-2015 and suggesting a figure of $60bn, the Chinese have also led calls for a “roadmap” on how rich nations will hit the $100bn a year target for the Green Climate Fund (GCF) by 2020.

The GCF is the long term base for international climate finance but has only just begun its work and is not likely to begin distributing money until 2015.

The US has been silent on its proposals, but there is a growing sense that there could be a firmer announcement in week two of the talks. 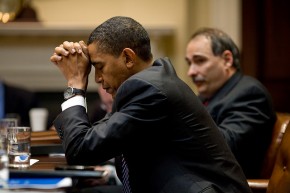 Clarity from the US on domestic climate finance budgets would ease some of the tension in finance negotiations.

“The US already has the Global Climate Initiative, which is in the US budget already and it is international climate finance so why not put those numbers out there,” said Brandon Wu, senior policy analyst, ActionAid US.

“Other countries also have budgeted climate finance, so putting those numbers out, even if they’re not nearly high enough, at least they are specific numbers.”

Wu also said that the emergence of pledged finance would also iron out many of the problems the UN talks have seen in a difficult first week.

“Developing countries are saying finance is a make or break issue at this COP. We need to see this money, so a pledge like that would immediately change the tone of the negotiations,” he said, adding that he does not expect China’s request for a roadmap to $100bn to be granted.

But given the multitude of financial crises around the world, how realistic is it to expect anything from developed countries?

EU finance negotiator Paul Watkinson reiterated that the bloc would like to see more groundwork laid before committing its next tranche of finance in writing. However, he did accept that verbal promises of future funding may not be enough.

“I recognise there is an issue about how we reassure people that our finance will continue. We have given that reassurances and we hope that has been heard. If it can be captured in some way, then that is something we need to look at, but I do not see agreement being possible on quantified targets,” Watkinson told RTCC.

“Capturing” these reassurances could be interpreted in many ways but if it means going beyond verbal assurances, that go some way to easing the trust issues cited by the African Group last week.

Watkinson also sees some of the tensions around finance in other parts of the negotiations dissipating.

“On the Long term Cooperative Action (LCA) side, I don’t think the decisions are that difficult. Most of the key decisions have been taken in Cancún and Durban and it is now a matter of continuing to implement them and so strengthen action on climate change under the Convention,” he said.

Any movement is not one sided however with developing countries also playing their part to bridge the division between donor and recipient by boosting transparency and increasing confidence in how the money will be spent and how effective the results on the ground can be per dollar invested.

“There’s a need to distinguish between having money and using money effectively and that’s a trade-off between spending it fast and spending its well,” said Charlene Watson, research officer at the Overseas Development Institute. “The fact that this research is being done and there is a lot of work being put into it should offer donors some reassurances.”

Watson says that a number of developing countries are establishing domestic climate finance funds, investing human resources and Ministerial attention to the issues, which she says is necessary to ensure climate finance is done right.

The challenge now is finding the right balance between spending the money in a time frame in keeping with the urgency and not wasting it.

Pouring it into poorly prepared projects where it will leach into the system without delivering any emissions reductions at all, is a situation both donor and recipient will look to avoid.