The livelihoods of 10 million people living on Pacific Islands are at risk from climate change, according to a new study released at the UN climate talks in Doha.

The report examined the experience of 500 island communities and found sea-level rise, tropical cyclones, floods and drought, combined with unsustainable fishing practices and coastal development are leaving them increasingly vulnerable. 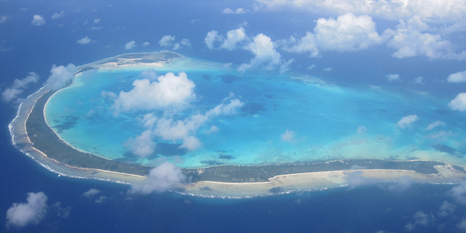 New study finds islands in the Pacific Ocean could be particularly vulnerable to the impacts of climate change (Source: Rafeal Avila Coya/Creative Commons)

The report comes as the 195 parties under the climate convention meet in Doha to work towards a new global deal on climate change. Developing countries, including small island states, have been calling for a greater emphasis on adaptation at the talks.

One of the big issues in Doha is how developed nations are going to come up with the pledged $100 billion a year by 2020 to help poorer countries tackle the impacts of climate change.

“Enhancing local capacity to directly monitor and manage the impacts of the region’s changing environment is essential for reducing climate risks, but also for unlocking the potential economic benefits that a transition to an inclusive, low-carbon and resource efficient green economy can bring,” Achim Steiner, UNEP Executive Director said.