COP18: Who wants what from the Doha climate change talks

After the breakthrough in Durban last year, where all countries agreed to start talking about a universal deal to slash emissions, governments meet again next week for a fresh round of talks.

Negotiators have had a year to digest the deal in detail and now head to Doha to begin a new post-Durban Platform cycle of the negotiations.

With just three years to get the Durban deal in place, a new Kyoto commitment period to establish and crunch talks on finance, the COP18 talks are crucial to the process, even if there is no single easily digestible, self-contained outcome on the table.

RTCC runs through the opening positions of some of the key countries and negotiating blocs as negotiators begin to touchdown in Doha. 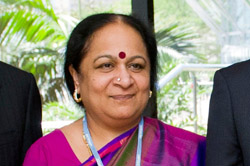 India
The Indian position at Durban placed equity, development and a fair deal at the centre. Environment Minister Jayanthi Natarajan’s speech during the final session was clear.

The Durban Platform however, was not. The late night deal states that a second commitment period of the Kyoto Protocol is reliant on work towards a 2015 deal that includes all nations.

But how far that work should have progressed is up for debate. India is concerned that the EU wants to hold up KP2 until the new deal is agreed.

It has also announced that it will not increase its voluntary pledge to reduce emissions by 20-25% by 2020 compared to 2005.

China
Much like India, China wants to see Common But Differentiated Responsibility (CBDR), the notion that a country’s climate action is proportionate to its wealth and its historical emissions, back in the Durban deal.

The minister responsible for climate change Xie Zhenhua has repeated his assertion that China will only agree to binding emission targets if CBDR is part of the process. Talks on CBDR could be done through the Like Minded Group (LMG), which China has backed heavily.

China will also be pushing for work on adaptation, finance, technology transfer and capacity building, done under the Long term Cooperative Action (LCA) track of negotiations continue. This will be a key point of friction in Doha.

The BASIC Group – Brazil, South Africa, India and China
The BASIC Group’s joint statement is considered to be slightly weaker than in previous years with some suggesting this is representative of the diverging interests of the four member nations.

They call for more ambition emission reduction ledges from developed countries, and those without a standing pledge to make one. 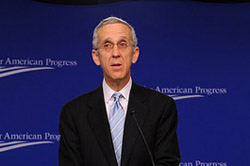 USA
The result of the election has left many with the hope that the US might adopt a more helpful stance at the UNFCCC in the future, a notion aided by President Obama’s own comments.

For now it is likely to be business as usual with no major commitments expected and a tentative compliance with the Durban process.

One thing that could change, is the attention the country’s participation receives from the US media. A higher billing could force the US to take the leadership position it is promising earlier than planned.

In Doha, the LDCs are looking for a strong, ambitious new Kyoto commitment period. This not only helps to reduce emissions fast, but is also a sign of good faith from developed countries that they will lead the process, a principle of the UNFCCC.

The LDCs will also want a five-year commitment period, a 1.5°C limit on warming and $60bn a year in climate finance from now until 2015.

European Union
As well as looking to close the LCA and move talks on its key topics into the Durban Platform process, the EU is the key group in the second commitment period of Kyoto.

The group favours an eight year commitment period running from Jan 1, 2013 to 2020. Internal tension on the issue of left over allowances from the first period of Kyoto cuts is a crucial issue the bloc must resolve in order to present a united front in Qatar.

The EU has already declared that it will not make a collective contribution to climate finance with individual members instead left to make their own cash pledges. It is also requesting the Qatari presidency to hold a Ministerial meeting on the issue of raising “ambition”.

Russia
While most have written off the prospects of Russia taking part in the second commitment period of the Kyoto Protocol, indications from Moscow are that the country is still in limbo.

Under the right conditions, chiefly that it is allowed to benefit from the Joint Implementation (JI) programme and that it can keep its wealth of unused carbon emission allowances from round one, RTCC understands it could well shift its position mid-COP.

Alliance of Small Island States (AOSIS)
The AOSIS includes some of the most vulnerable low-lying nations in the world. Freshwater supplies are already being impinged by sea water and some countries have begun moving people off affected islands. The group traditionally come to the talks pressing for urgent, ambitious action to reduce emissions and this year will be no different.

It’s partnership with the EU in Durban proved to be a strong force but the two have a fundamental disagreement on the length of the new Kyoto commitment period. AOSIS wants the cuts made in five years whereas the EU wants an eight year period with the option to review targets part of the way through.

Africa Group
African Ministers mirror many of the positions of AOSIS calling for developed countries to take part in a meaningful second commitment period under the Kyoto Protocol and for those rich countries that are not part of it, to make voluntary pledges of an equivalent size.

The mantra for African countries is ambition, ambition, ambition. Not just on carbon cuts but on financial and technical assistance to help the continent adapt to the adverse consequences of climate change which the statement describe three times as potentially “catastrophic”.