The Russian government, which has been toying with the idea of joining the second commitment period of Kyoto Protocol, may delay the decision until final days of Doha climate talks.

Sources confirm that in its response to Deputy Prime Minister Arkady Dvorkovich’s request, the Ministry of Economic Development recommends waiting for preliminary outcomes on certain KP issues such as new Joint Implementation rules before committing to anything definitive.

The ministry has been openly supporting the Russian Union of Industrialists and Entrepreneurs and Delovaya Rossiya, the two major business lobby groups in the country, in their view that keeping JI infrastructure is essential to avoid carbon protectionist measures from other economies, enhances carbon market capacity building and has many other significant advantages.

The official decision not to take any further commitments under KP has been constantly attacked by business and environmental activists for almost two years now, but it was for the first time publicly challenged on a higher level at a government meeting in mid-October (RTCC has an extensive and quite colourful picture of the policy landscape). 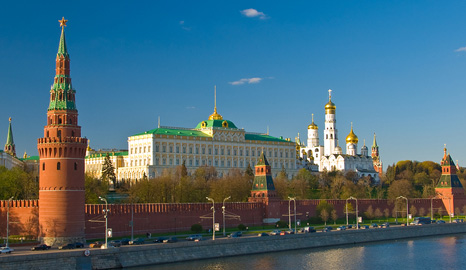 According to market sources, in a paper produced for the deputy prime minister, MED cautiously suggests waiting to see whether certain conditions set for the second commitment period are favourable for Russia and then reconsidering a U-turn.

These recommendations, along with position statements from business, foreign affairs ministry and possibly ministry of natural resources and environment (suspiciously quiet so far in the public debate on Kyoto), will be discussed at a meeting chaired by Dvorkovich that is widely expected to happen in the very near future.

Earlier both ministry officials and Sberbank, appointed to be the national carbon units operator, expressed concerns over the impending revision of JI guidelines, which JISC, the mechanism governing body, has been working on for some time now.

Apparently, while Russia has no problem whatsoever with merging the two JI tracks and supports other renovations in the rules, it is reluctant to give up the authority to issue carbon credits under the mechanism, ERUs, to an international entity – an option on the table that seems to have support from those concerned with previous sudden ‘bumps’ in issuance, notably created by Ukraine.

Other possible outcomes to be watched before making the decision may include, for instance, the infamous and hotly debated (pun intended) issue of ‘hot air’ – a label that Russian officials furiously detest.

The country insists on keeping the approximately 6 billion tonnes of CO2 equivalent in AAUs resulting from an almost 40% emissions freefall in the 1990s, and, while dismissing any fears of flooding the carbon market, has so far been unhappy with all attempts to find middle ground on this issue.

Presidential advisor and Russia’s climate change envoy, Alexander Bedritsky, however, dismissed the MED idea, implying that no one is going to tie this major political decision to the hectic and unpredictable process that is the UN climate conference.

“In my years of working in the negotiations, I have never observed any ‘on-the-go’ changes of a political position of this kind. Political decisions do not change overnight. If there is indeed some evolution in those decisions, it is an evident process. In this case, there has been no such movement”, he told RIA Novosti in an interview ahead of the upcoming Doha talks.

Bedritsky added that so far he has not seen any signs of a possible U-turn on the decision that, according to him, is only for the Russian president to make.

WWF Russia’s Alexey Kokorin, Head of Climate and Energy Programme, believes that an arrangement suggested by MED could be one way around a possible roadblock in the formal procedure which has to do with approving the official guidelines for the Russian delegation to COP18.

Many experts fear this ‘top top secret’ document, if approved before the Dvorkovich discussions, can make it considerably more difficult, although not entirely impossible, to change the decision later.

“In my view, the instructions will probably read, ‘Russia has decided not to take part in Kyoto second commitment period’, and then, most likely right in the next paragraph, ‘Russian delegation should take part in discussions regarding conditions of the second commitment period with a view to secure a favourable outcome for Russia'”, said Kokorin.

Such a turn of events (perfectly logical yet with just the right amount of schizophrenia – Olga) could be viewed as victory for both sides of the Kyoto debate in Russia, he argues, and at the same time, as many see it, might buy some time for the pro-KP economic bloc to regroup for the final push.