The level of ambition at Doha, irrespective of how it is articulated has to be driven by scientific knowledge on anthropogenic climate change.

One of the major advances that has taken place over the last ten years or so is the gradual spread of awareness and knowledge related to this subject in different parts of the world.

Parties to the UNFCCC have decided on a review to be carried out during the period 2013-15 on its long-term global goal of limiting warming to below 2°C. The basis of the review would be largely IPCC’s upcoming Fifth Assessment Report (AR5) and already observed impacts of climate change. 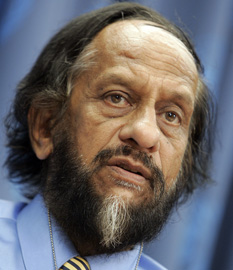 However, the IPCC has brought out three reports which already provide an adequate basis for initiating a review.

In the SREX it was clearly stated that economic losses from weather-and climate-related disasters have increased, but with large spatial and inter-annual variability.

However, loss estimates are lower bound estimates because many impacts such as loss of human lives, cultural heritage, and ecosystem services are difficult to value and monetize, and thus they are poorly reflected in estimates of losses.

The SREX clearly brought out the fact on the basis of certain scenarios, a 1-in-20 year hottest day is likely to become a 1-in-2 year event by the end of the 21st century in most regions.

The SREX also stated that it is likely that the frequency of heavy precipitation or the proportion of total rainfall from heavy falls will increase in the 21st century over many areas of the globe.

At the same time, actions required to mitigate the emissions of greenhouse gases are now attractive in technological and economic terms. For instance, the SRREN found significant increases in the dissemination and use of renewable energy technologies in recent years.

Overall, therefore, it is important for Doha to initiate the process of a review based on the robust and adequate scientific evidence already available.

This can be fine-tuned on the basis of the findings brought out in the AR5, which will be completed in October 2014.

Dr. R.K. Pachauri is the Chairman of the Intergovernmental Panel on Climate Change (IPCC) and Director-General of the Energy & Resources Institute (TERI).