We know the planet is warming. Never before has humankind been so populous and used resources to the extent that we do now, and into the foreseeable future. The global constituency faces large-scale challenges, and targeted large-scale solutions are needed to address the energy-water-climate nexus.

Climate change is a force majeure that afflicts developed and developing countries alike but some countries get hit harder than others. An Economics of Climate Adaptation Working group indicates that some regions could lose 1-12% of GDP because of existing climate patterns.

Water pollution and scarcity were cited as costing the Chinese economy 2.3% of GDP. In 2009, India’s government reported that it was already spending over 2.6% to adapt to climate change. Bold choices will be required by governments, private sector actors, consumers, and significant capital investments are necessary. 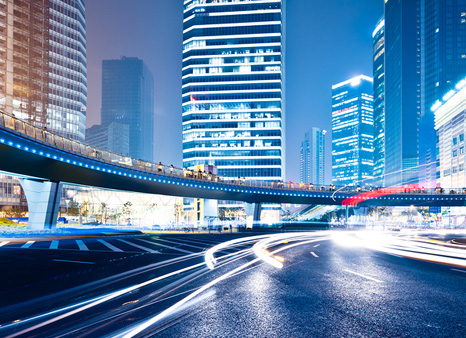 Asia’s giants China and India are pivotal changelings for the world’s ecosystem and economic system. With their high economic growth trajectories, they offer the planet a significant opportunity to reduce carbon emissions— provided they invest in climate-smart infrastructure. Choosing greener and more efficient energy infrastructure offers the chance for generations to reduce carbon emissions, a key contributor to climate change. But attention to more efficient use of water resources and water infrastructure is an imperative as well.

Global energy demand is expected to be 53% higher up to year 2035 according to the Energy Information Administration’s 2011 report. China and India alone would account for over half of the demand.  By 2015, China accounts for 28% of total global emissions as this research shows. India replaces Russia as the third largest emitter by 2015, and even surpasses the entire Middle East in carbon emissions by 2025.

With China’s heavy reliance on coal-burning power plants[i] into the future and ever-increasing demand for electricity, energy source choices and power demand combine for unfavorable emissions calculations. India’s coal consumption is expected to double by 2035, displacing the U.S. as the second-largest coal consumer by 2035.

China’s water challenges reveal a slow-moving crisis. Agriculture makes up 50% of water demand, and industrial demand comprises the other 32%. China’s industrial water demand accounts for 40% of the additional growth of global water demand for industrial users, largely as a result of power generation.

More than half of China’s 660 cities suffer from water shortages. Advanced economies have learned by simply curbing waste, water challenges can be met. Water is a complex, multi-faceted infrastructure and resource challenge for both developed and developing countries.

To finance the large-scale “greener” infrastructure needed for China and India, new infrastructure funding approaches will be needed to bridge the gap between climate-friendly intentions and actions. Nature’s ability to absorb the increased emissions is being pushed to its limits.

Given global urbanization trends, the opportunity for economies of scale exists in infrastructure. Creating and operating the same infrastructure in higher densities is more efficient, economic and can lead to better innovations. Economically-feasible approaches, innovation and efficiency are keys in dealing with the energy-water-climate nexus, in a world with finite resources and growing, wealthier populations.

With their respective states of development, expected growth, and resource dynamics, China and India will be spending vast sums on infrastructure in the future.

Private capital will need to be mobilized, especially in an age of increasing government austerity. Globalized markets offer opportunities that benefit both developed country investment searching for returns and diversification, and developing countries seeking funds. Financing infrastructure projects by way of global capital markets can infuse economic development alongside the policy imperatives of lower-carbon energy and water security.

Cleaner, greener infrastructure development can be underpinned by a financial model that is sustainable, whereas purely government-sponsored infrastructure often ages in place, or is at the mercy of fleeting political agendas. While financial institutions and other stakeholders have been leading the way in lower carbon energy projects, the water footprint is becoming more pressing.

The climate change story has energy and water as its primary protagonists and antagonists.  Water and energy challenges are hard to disentangle. Water security problems could have a domino effect on energy development, and subsequently economic growth prospects.

Global awareness about these issues is needed, and best practices in need of sharing. Investing in environmentally-sensitive forms of infrastructure is no longer an outlier. It is a mainstream trend. Smarter choices and more sustainable ways to finance the development of Asia’s giants complement the ideal of a cleaner, more efficiently managed use of the planet’s resources.

Jennifer Warren is principal of Concept Elemental, Dallas, Texas, USA. She is also a consultant and research editor for Cox School of Business, Southern Methodist University and president of Dallas Committee on Foreign Relations.

This piece is a derivative work from “Human and Social Dimensions of Climate Change“, forthcoming in November with co-author Andrew Chen.