Australia is making great strides towards the decarbonisation of its energy system but must continue to invest in new technologies in order to make further progress, the International Energy Agency (IEA) has warned.

The country has established a carbon price at home for its top emitters and recently announced that it would participate in the second commitment period of the Kyoto Protocol to make binding emissions reductions through the UN. 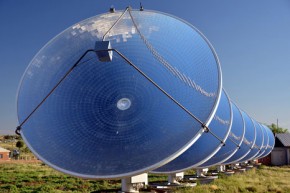 While many policies are in place more technology, like the White Cliffs solar farm, is required in Australia, according to the IEA. (Flickr/Snot Robinski)

In a review of Australia’s energy policies the IEA warns that keeping pace with the progress it has already made to reduce emissions and secure its energy supply will require significant investment.

“Australia has taken many positive steps since the last in-depth review in 2006,” said Maria van der Hoeven, Executive Director, IEA adding that the range of policies it had embraced we well “balanced”.

“The IEA views carbon pricing as a critical component of climate policy, and we hope its introduction in Australia will put an end to much uncertainty in the energy sector,” she said.

“But even with a carbon price, Australia will need supplementary policies, like energy-efficiency policies to unlock low‐cost abatement and technology policies to help lower the long-term cost of new technologies, including renewable energy and carbon capture and storage.”

Australia is the world’s ninth‐largest energy producer with large coal and natural gas resources. Along with Canada and Norway, it is one of only three net energy exporters in the OECD.

The country did come in for criticism at the end of last week after it announced a subsidy programme for small scale solar projects was to be ended six months early.