A flaw in the EU’s carbon market has been exposed after companies rushed to purchase carbon offset credits that will soon be banned.

In a report released today, campaign group Sandbag claims that offsetting by emitters taking part in the EU Emissions Trading Scheme (ETS) has increased by 85%.

A total of 254 million credits, offsetting 13% of these companies’ carbon emissions were submitted last year. The majority are from sources set to be banned from the EU ETS in 2013.

The EU has introduced a ban on offsetting credits from industrial gas projects, specifically for Hydrofluorocarbons (HFCs) and Nitrous Oxide (N2O), as of May 2013. The potency of these gases’ ability to warm the atmosphere and the low cost of destroying them had created “perverse incentives” according to Sandbag.

“Europe can afford to be much more selective in the offsets it allows and must now increase its climate ambition,” added Rob Elsworth, policy officer with Sandbag. 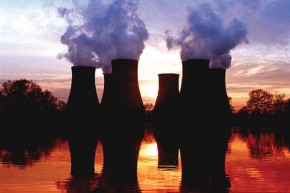 Big emitters taking part in the EU carbon trading scheme has rushed to take advantage of questionable carbon credits before they are banned. (Source: Drax)

Offsetting greenhouse gases through these methods rather than purchasing emission allowances on the European Emission Trading Scheme (ETS) is also depressing the price of carbon by displacing the demand for credits.

“Offsets are contributing significantly to this oversupply and are now depressing prices so low that the EU ETS almost ceases to have a function,” said Elsworth.

“Offsetting was supposed to be a price containment measure to ensure carbon prices didn’t rise too high, but carbon prices have remained low due to excess supply in the market.”

The EU ETS is suffering from critically low carbon prices as a result of an oversupply in the market and the absence of more ambitious emission reduction targets.

Last week the EU published six potential solutions to boost the carbon price including withholding 900m allowances that were scheduled to be auctioned next year. 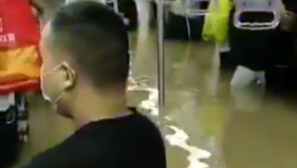