The EU is preparing to ‘stop the clock’ on aviation’s inclusion in its carbon trading scheme, and has given the UN’s international aviation authority 12 months to resolve the situation.

Speaking at a press conference, Hedegaard said flights in and out of Europe would no longer be included in the scheme. Flights within Europe will still be charged.

“I have proposed the EU stops the clock when it comes to enforcement of the EU Emissions Trading Scheme (ETS) for flights in and out of Europe till after the next International Civil Aviation Organisation (ICAO) General Assembly next autumn,” she said.

Hedegaard welcomed the progress made under the ICAO, but warned that if countries failed to make progress by the group’s next general assembly, scheduled for November 2013, then flights to and from the EU would once again be included in the trading scheme. 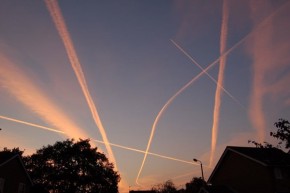 Hedegaard says the EU will freeze ETS but warns they must see action on a new global deal (Source: Chris.Loxton/Flickr)

“If this exercise ends in nothing we are back to where we are today in the EU ETS and we are back there automatically,” she added.

Countries meet this month at the UN’s climate conference in Doha, to decide the future of the Protocol, and begin discussions on a climate deal which could create long-term global demand for carbon trading.

The Commission has been under intense pressure to scrap the inclusion of all airlines in the ETS. The current scheme means all flights into or out of Europe’s airports are charged for each tonne of carbon emitted for their entire journey.

The US also passed legislation making it illegal for its airlines to abide by these rules. China and India have also refused to comply.

The ICAO’s latest council meeting ended on Friday setting out a timeline for the agreement of a new global framework for the aviation sector to address its emissions.

Hedegaard said a global market based mechanism would need to be agreed.

While the commissioner has proposed the EU halt the inclusion of airlines in the EU ETS until this meeting, the decision will have to be agreed by both the EU Parliament and all member states before it can be implemented.

She said she would not speculate when it would be made but that she expects to get this agreement.

“I would not have suggested it if I did not think I could get backing,” she said. “The nitty gritty details of when the paragraph will go through and what that will be that is another thing. There is the political this is what we want to do – I think you will get a sense of that very quickly and then the more technical procedures of who you get it through can take longer.”