Climate action in the US: 5 Reasons to be cheerful

While the US holds its stalemate at the UN climate change talks, the situation at home is far more progressive.

President Barack Obama’s re-election goes part of the way to resolving this issue but more change is required to lift barriers currently restricting the country’s position on climate change internationally.

There are reasons to be cheerful. Pockets of positive climate action have emerged around the country. Regional carbon markets could erode opposition to their international equivalents and if clean energy continues to drive job creation, the perception of renewables only as “anti-fossils” will also be worn away. 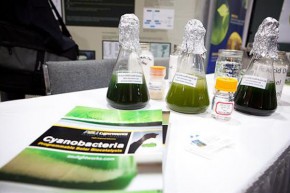 The Defense Advanced Research Projects Agency (DARPA) is responsible for some of the greatest, and strangest, developments in the military including shape shifting materials, flying submarines and robot insects.

It’s policy is to pursue the hair brain ideas, and unearth a few gems, along the way such as mind controlled prosthetic limbs. ARPA-E is the Department of Energy’s equivalent.

One of the biggest investors in biofuel research. Bioenergy in all forms has its critics and overcoming issues surrounding its sustainability, means more research and more demand.

The US Navy in particular is driving a lot of work on algae-based biofuels that negate the food versus fuel debate entirely.

The US Army is also investing in solar power as it looks to decouple itself from global energy shocks.

Next week the world’s eighth largest economy will launch its first auction of carbon credits to kick-off its own emissions trading platform. The Californian system will join up with four Canadian provinces in the future to form the Western Climate Initiative (WCI). The scheme will rival all but the EU ETS for its scale.

Together with the Regional Greenhouse Gas Initiative (RGGI), which covers electricity producers in nine US states in the north east of the country, the two could represent a significant chunk of US emissions. The rest of the country won’t want to be missed out if the scheme is successful.

Microsoft is launching its own global in house trading scheme for emissions from building use and air travel. If the US private sector backed carbon trading across the board, opposition to cap and trade, currently considered a dirty word on Capitol Hill, could vanish. 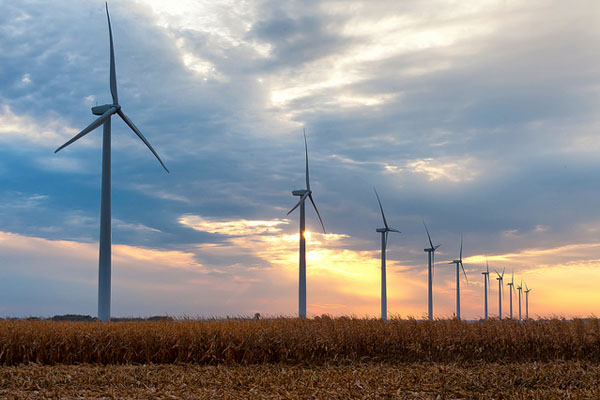 Renewable energy is keeping the lights on and creating jobs in states like Iowa. (Source: Flickr/cwwycoff1)

The energy picture across the States varies greatly. Indiana gets 95% of its electricity from coal. Idaho gets 84.5% from alternative sources.

More than half of states have a Renewable Portfolio Standard which sets binding limits on utility firms to generate a proportion of the state’s power from renewables. Only 12 states have no policies on renewable energy at all, and many have less stringent aspirational targets on clean energy generation.

As gasoline prices have risen in the US, consumers have responded with their wallets. The price of gasoline tripled between 1998 and 2008. A third of all the world’s hybrid vehicle sales have been in the US.

In July 2012, the Californian legislature passed $5.8bn of funding to get the ball rolling on a $68.4bn high speed rail network. Once complete the network will link Los Angeles with cities to the North.

The plans have the backing of President Obama with federal funds pledged for the system too, although many schemes in other parts of the country have been shelved.

“Building a new system of high speed rail in America will be faster, cheaper, and easier than building more freeways or adding to an already over-burdened aviation system – and everybody stands to benefit,” said President Obama announcing national plans back in 2009.

Does Todd Stern have a point over 2C climate change target?