The next UN climate science report will “scare the wits out of everyone”, according to former UN climate change chief Yvo de Boer.

The Intergovernmental Panel on Climate Change (IPCC) will deliver its fifth Assessment Report at the end of next year and de Boer is confident, based on sections he has seen, that it will have a profound effect on international climate efforts. 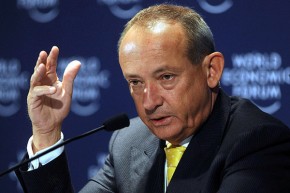 “That report is going to scare the wits out of everyone,” de Boer told Peter Hannam during a visit to Australia. “I’m confident those scientific findings will create new political momentum.”

The latest round of the UN climate change negotiations begins in Doha this month, amid criticism that unambitious pledges on greenhouse gas reductions will steer the world towards dangerous climate change.

The IPCC publishes a thorough overview of climate science roughly every five years with its recommendations often guiding policy, including the safe limit of 2°C of warming.

Last month climate scientist Michael Mann told RTCC that what he had seen of the impending report was disappointing, echoing the calls of fellow scientist Kevin Trenberth. Mann says that constant attacks from climate sceptics have made researchers more cautious.

Fatih Birol: Door to 2 degrees could be closed by 2017