Australian infrastructure not up to facing new climate reality, according to new report

Australia’s infrastructure is badly prepared for the growing threat posed of climate change, according to a new study.

The report by The Climate Institute found that as the frequency of extreme weather events increases, the country will face an infrastructure bill of at least A$9bn in 2020, rising sharply thereafter.

“Australians are no strangers to extreme weather events. With these events likely to get more frequent and more unpredictable, Australia should be better placed to adapt to our changing climate,” said John Conner, CEO, The Climate Institute. “But we are poorly prepared to bear its impacts on major infrastructure, whether it’s roads, property, or electricity networks.”

The report calls for a nationally coordinated approach to help lift the burden on local councils that are currently responsible for addressing climate risk. 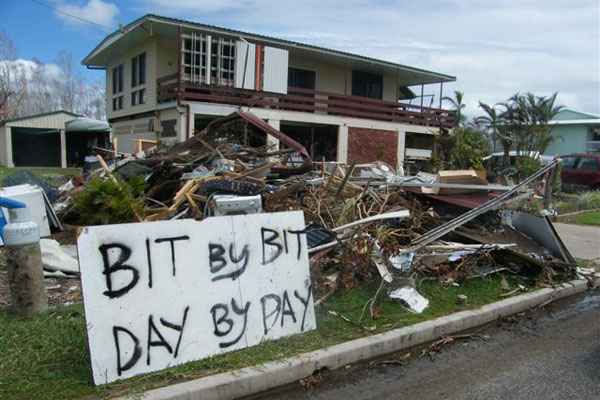 The flooding across Queensland in 2010/11 cost the economy an estimated A$10bn. (Source: Flickr/Julia Gillard)

Assessing five infrastructure related sectors, the report found three to be underprepared for the risks of climate change.

Electricity networks are impaired by regulatory obstacles to improvement, road and rail planning suffers a number of inconsistencies across, and even within, the same jurisdictions while the financial sector was said to have failed to have translated the need for climate action to the markets.

Insurers are at particular risk in Australia. In the past five years the country has represented insurance losses three times greater than would be expected from its global market share.

“All organisations, whether public or private, should be identifying the potential damages and costs today, so that infrastructure projects are built to be resilient,” said Connor. “We need to consider physical damage and repair, interruptions to supply chains and operations, and insurance and reputational damage.”

In late 2010 and early 2011 flooding of the Brisbane River caused damage described as being of “post-war” proportions.

Hurricane Sandy: the climate change alert the USA was fearing

Extreme weather events in the US during 2012, culminating in Superstorm Sandy causing widespread damage along the east coast of the US, have led to a surge in pressure on US politicians to address climate change.

With more than 80% of the country’s population living along its coast, the country is at particular risk to rising sea levels, increased storminess and coastal flooding.

“For us, a world of more than 2°C of global warming will require a much more radical change to infrastructure and our daily lives,” said Connor.

The Australian Government is taking action to reduce emissions at homes with the introduction of a carbon price of A$23 per tonne of CO2 applied to its 300 biggest emitters.

The Government has yet to reveal whether it will take part in international binding emissions reductions under the Kyoto Protocol. A second commitment period will be discussed at the upcoming climate change negotiations in Doha, with Canberra so far remaining tight-lipped on its intentions.