The world is headed for 6°C of warming by the end of the century if governments do not increase the ambition of their emissions reduction targets, according to a new report.

An assessment of existing pledges by the consultancy PwC found that cuts need to be much deeper.

“The new reality is a much more challenging future in terms of planning, financing and predictability. Even doubling our current annual rates of decarbonisation globally every year to 2050, would still lead to 6°C, making governments’ ambitions to limit warming to 2°C appear highly unrealistic,” said Jonathan Grant, director, sustainability and climate change, PwC.

The 2°C target is the suggested “safe limit” of warming recommended by the IPCC, the scientific advisory body established by the UN.

Predictions of a world with 6°C of warming are universally dire, with the polar ice caps fully melted, mass migration and starvation. A period of warming of 6°C around 250 million years ago led to the extinction of 95% of the Earth’s living species at that time according to research from Bristol University. 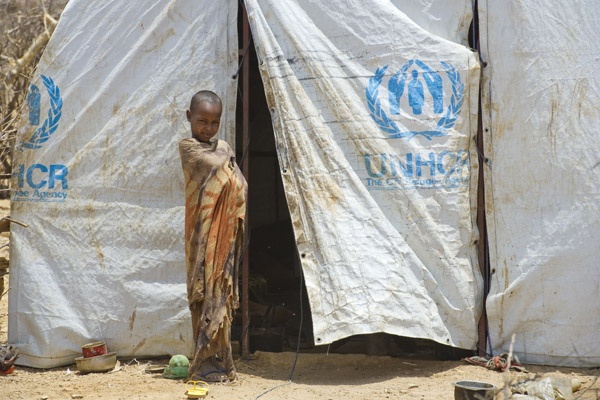 Mass migrations, hunger and species extinctions on an unprecedented scale could result from six degrees of warming. (Source:UN/Eskinder Debebe)

“The risk to business is that it faces more unpredictable and extreme weather, and disruptions to market and supply chains, said Grant. “Resilience will become a watch word in the boardroom – to policy responses as well as to the climate. More radical and disruptive policy reactions in the medium term could lead to high carbon assets being stranded.”

The next round of the UN climate talks begins in Doha later this month and a greater sense of urgency will be required to meet the recommendations of the IPCC.

“The challenge now is to implement gigatonne scale reductions across the economy, in power generation, energy efficiency, transport and industry, as well as REDD+ in forested nations,” said Grant.

PwC partner said that while increase in the amount of emissions per dollar of economic production, carbon intensity, had fallen, the results are still “too little too late”.

“This isn’t about shock tactics, it’s simple maths. We’re heading into uncharted territory for the scale of transformation and technical innovations required. Whatever the scenario, or the response, business as usual is not an option,” warned Johnson.

The PwC report adds to a number of studies by UNEP and the IEA energy watchdog warning that efforts to reduce emissions must be ramped-up.

We must close gaps on funding and ambition: UN climate change chief