Why taxing shipping emissions is not all plain sailing

In 2007, the shipping industry emitted more CO2 than Germany.

By 2050, the International Maritime Organization (IMO) estimates that the 2007 tally of 870 million tonnes of CO2 could be 2-3 times bigger as the industry continues to grow unless action is taken. That’s more than modern day Russia and India combined.

Taxes on international transport are considered by the UN climate change agency, the UNFCCC, a potential source of contributions to its climate finance programme, the Green Climate Fund (GCF), which has a target of raising $100bn annually by 2020. A charge on shipping emissions is considered as a significant potential contributor with a fair degree of predictability.

The responsibility for figuring out how to do that lies with the IMO – with the hope that any deal will respect the UNFCCC’s guiding principle of Common But Differentiated Responsibility (CBDR).

CBDR is designed to ensure that those who made the greatest contribution to causing climate change and who are best equipped to respond, take on the greatest burden to tackle it. An IMO deal without it would not gain support at the UNFCCC.

This is where the complications begin.

While the UNFCCC’s members discuss regulations for countries, the IMO’s Parties are regulating ships.

Slapping levies only on ships from developed countries, could trigger mass re-registration of ships to sovereign nations where those levies do not apply, a process known as “reflagging”.

The IMO pursues a “no more favourable treatment” policy to keep the global shipping fleet under one global set of rules. This doesn’t sit too well with the concept of CBDR. 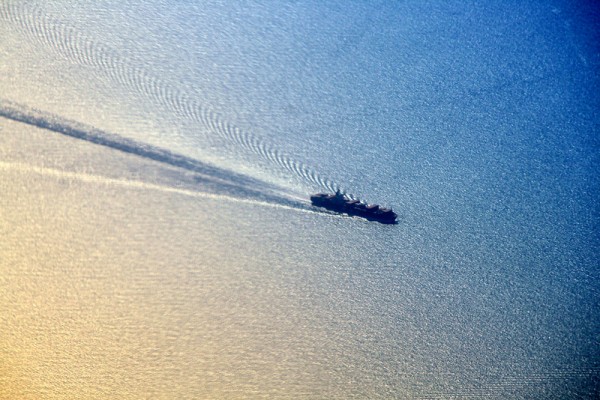 Shipping emissions represent around 3% of global greenhouse gases. A levy could generate $10bn a year for the Green Climate Fund. (Source: Flickr/Conanil)

A flat rate would also mean developing nations would be hit with the same charges as the wealthiest. The poorest nations are not responsible for the mass manufacturing growth or consumption patterns that drive the supply and demand for sea freight.

The most recent meeting of the IMO’s Marine Environment Protection Committee (MEPC) in London last month included some of the first hazy outlines of what a resolution to this problem might look like.

“The two principles can be compatible,” says Mark Lutes, Policy Coordinator at the WWF Global Climate and Energy Initiative who follows the IMO talks closely.

“These [conflicts] are characterised by strong differences between rich and poor. I think we can recognise and respond to those differences in ways that are compatible with the traditional approach of the IMO based on non-discrimination.

Part of the reason for this growing optimism is the prospect of an international levy on shipping applicable to all ships, but which also funds a rebate mechanism for the governments of countries with a low value of national imports.

The rebate can therefore ensure that developing countries, which Lutes is at pains to point out would not necessarily be defined by the UNFCCC’s roster of Annex I and non-Annex I status, are not disproportionately harmed by the levy.

Lutes says shipping could be worth $10bn a year to the GCF even after rebates and investment in the sector has been taken into account so the stakes are high.

“The design of the mechanism is going to be so important to ensure that we find a solution without creating barriers to trade and development,” says Edmund Hughes, Technical Officer for air pollution and climate change with the IMO.

“There are a few phases we have to go through to do this. We have to update the Green House Gas inventory for shipping. The next phase is an impact assessment, particularly the impact on developing countries,” says Hughes.

“Policy makers have to be aware of the knock-on effects of these policies. If there is going to be an impact [on developing countries] then we need to also know that will be mitigated, and how that will be done.”

Talks on the finer points of the mechanism will continue. In the meantime the industry is likely to be on the end of further accusations of obstructing environmental issues as those following the UNFCCC talks wrongly assume no progress is being made.

The reality is that there is a massive incentive for the sector to cut its emissions now, before a market mechanism is complete.

“Fuel represents 50-70% of a shipping operators costs but when most of the fleet that is at sea today was built, it was four times cheaper than it is today,” says Hughes.

With prices so high, Hughes argues that this could be the most opportune time to help the industry to reduce its fuel costs. Emission cuts are bound to follow.

WWF: Shipping emissions tax worth $10bn a year to the Green Climate Fund

The IMO has developing two frameworks to improve ships’ efficiency. The Energy Efficiency Design Index (EEDI) applies stringent criteria for new ships to ensure run as efficiently as is reasonable to expect.

The Ship Energy Efficiency Management Plan (SEEMP) applies to all ships promoting improved hydrodynamics to reduce drag and smarter routing of ships. Why go full speed to port only to sit by the dockside for longer?

“The savings can be as much as 10-50%, a lot of that can be attributed to speed which is a significant factor in the energy efficiency of a ship,” says Hughes. That means shipping operators achieving the magic number of 50% could cut their overall operating costs by 25-35%. What better incentive?

Will the EU “do an aviation”?

Shipping and aviation are often lumped together in discussions at the UNFCCC, but in reality they are hugely different.

Aircraft tend to travel along set routes, and don’t change course in the middle of a journey unlike ships.

“Most aircraft are for passenger carriage whereas most shipping is for cargo. There is a lot more variability in general so trying to establish a system that is fit for, and captures all those variants is going to be quite a challenge,” says Hughes. 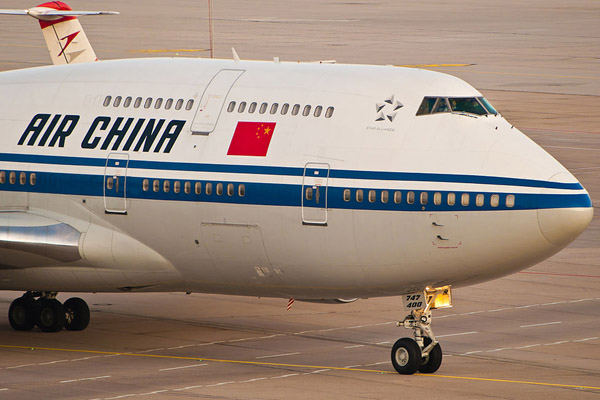 China, India, Russia and the US have led opposition to the EU’s regional aviation levy. (Source: Creative Commons/Julian Herzog)

Aviation has become a poison pill at the climate negotiations after the EU chose to include all flights using EU airports in its carbon trading system regardless of which country the airline is from. China, the USA, Russia and India were furious.

Fears that the EU would grow impatient with the IMO have now relented.

“The EU have now said they’ve had a change of heart and announced that they aren’t going to look for a regional market based measure. Their focus will now be on establishing an measuring, reporting and verification (MRV) system for all ships entering EU ports,” says Hughes.

“In a way that acknowledges and recognises that there are some unique challenges for the shipping industry compared to the aviation industry,” says Hughes pointing out the potential of a rift to disrupt international trade.

Lutes is equally relieved to see the EU distancing itself from developing its own system.

“It is particularly difficult to do a regional mechanism with shipping. The EU seems to have more of an interest in MRV and efficiency right now. Whether you are working on efficiency measures or levies or trading, you need a platform to measure, report and verify emissions so any MRV system they want to pursue could lay the groundwork for a global measure on shipping in the future,” says Lutes.